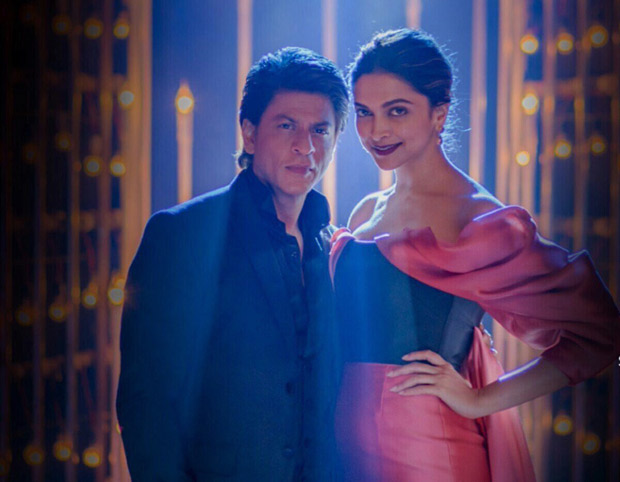 We all know that Shah Rukh Khan will be returning as a host on TV for TED Talks but before that, the actor has decided to resume a similar role in a different glamorous show. The superstar will turn host for ‘Baatein With The Baadshah’, a show that will feature B-town’s top leading ladies as guests as it will eventually lead the audience to the Lux Golden Rose Awards. 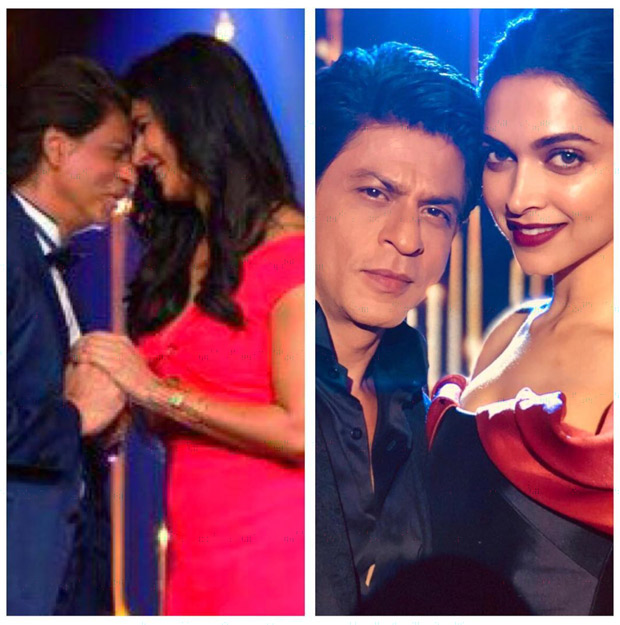 ‘Baatein With The Baadshah’ is a chat show that will feature divas like Deepika Padukone, Kareena Kapoor Khan, Alia Bhatt, Katrina Kaif and Madhuri Dixit Nene as it will have Shah Rukh Khan using his charm to unveil the beauty secrets of these leading ladies. Also, considering that the campaign is about #IAmMoreThanYouCanSee, it is being said that the actresses will let their hair loose on the show as they will also reveal about their different aspects of their personality. 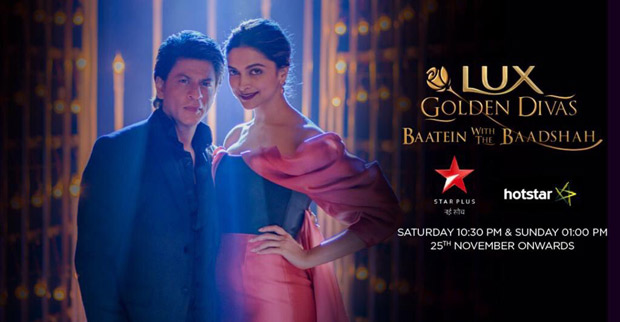 The first guest on the show, that is said to go on air on November 25, will be Deepika Padukone. The actress, we hear, has already shot for the episode and it seems that the same boasts of some interesting anecdotes shared by Deepika about her career and personal life. Reportedly, she has also spoken about her thoughts and ideas she had when she first entered the industry more than a decade ago and how she deals with success. 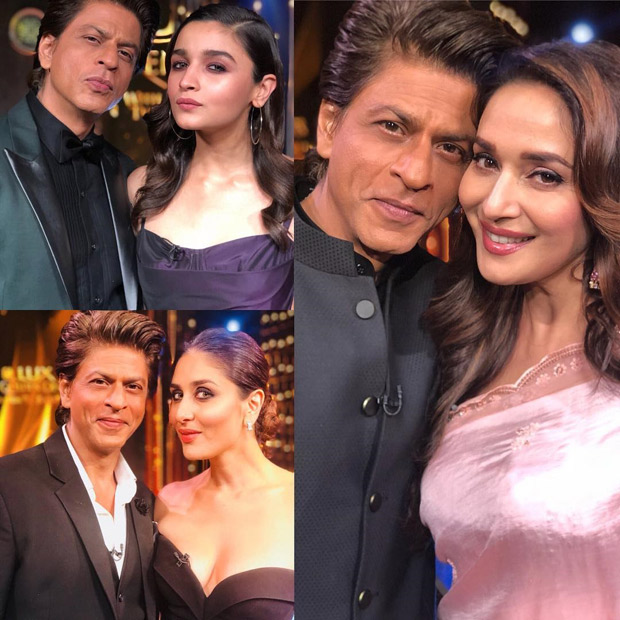 Shah Rukh Khan too, according to reports, was all praises for the actress with whom he has worked in about three films starting with her debut Om Shanti Om followed by Chennai Express and then Happy New Year.

Interestingly, the other guests on the show, including Madhuri Dixit have been popular leading ladies of Shah Rukh Khan in some of his biggest films. While Kareena Kapoor Khan has been paired along with Shah Rukh Khan in films like Asoka and Ra.One, she was seen as his sister-in-law in the Kajol starrer Kabhi Khushi Kabhie Gham. Also, Alia Bhatt recently starred in the film Dear Zindagi which had Shah Rukh Khan as her therapist and Katrina Kaif played the superstar’s love interest in Jab Tak Hai Jaan. Now she will also be a part of Aanand L. Rai’s upcoming film that has Shah Rukh in the role of a dwarf. Madhuri Dixit has been one of Shah Rukh’s most popular leading ladies in the 90s and the early 2000s with films like Anjaam, Dil Toh Pagal Hai, Koyla, Devdas and others.

On the other hand, talking about ‘Baatein With The Baadshah’, the show that will kick start from this weekend and will air on Star Plus channel at 10:30 pm on Saturday and 1 pm on Sunday. It will also be aired on Star Bharat on Sunday at 8:30 pm.

The #LuxGoldenDivas unveil interesting facets of their personalities and engage in a heart to heart conversation with the Baadshah of #Bollywood @iamsrk .
Sat 10:30 pm, Sun 1 pm,25th Nov onwards on Star Plus.#LuxGoldenRoseAwards
#BaateinWithTheBaadshah #IAmMoreThanYouCanSee pic.twitter.com/YUBVbNSbZz

Nora Fatehi is a royal muse in Abu…

Alia Bhatt and Ranbir Kapoor spotted at the…