Bollywood Hungama was the first to inform that Shah Rukh Khan had returned to the sets of a film after almost two years. He had begun shooting for War director Sidharth Anand's out and out action film titled Pathan. The film is included in YRF’s 50 years slate. Actress Deepika Padukone, earlier this week, also kicked off the shooting. 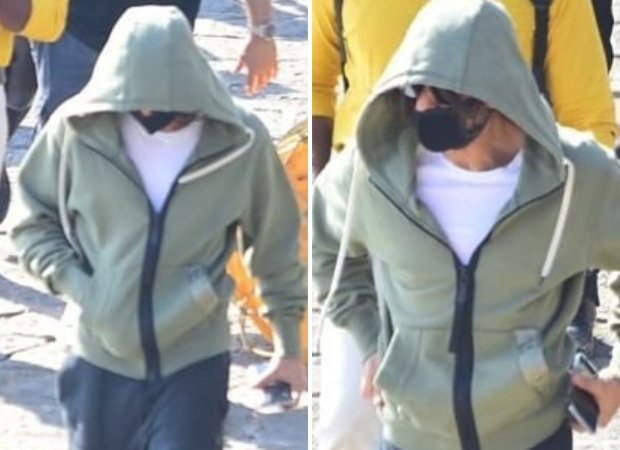 Taking a break from the shooting, on Tuesday, Shah Rukh Khan was seen at Gateway of India in Mumbai. He was hiding his look with an olive green hoodie over a white t-shirt and navy blue cargo pants. He was sporting sunglasses and wearing a mask as he headed towards his speed boat and left for Alibaug.

Earlier this month, some photos were leaked of Shah Rukh Khan sporting long hair as he began shooting for the film. It seems like he will sport an edgier look since he plays an agent, a man on a mission.

With Pathan, Shah Rukh Khan will make an appearance on the screen almost three years after his last release, Zero which was directed by Aanand L Rai.