Last year, Bollywood Hungama informed that Shah Rukh Khan had begun shooting for his film Pathan, a first project since he did Zero in 2018. He had begun shooting at YRF for War director Sidharth Anand's out and out action film titled Pathan. The film is included in YRF’s 50 years slate. Deepika Padukone and John Abraham are a part of the film. 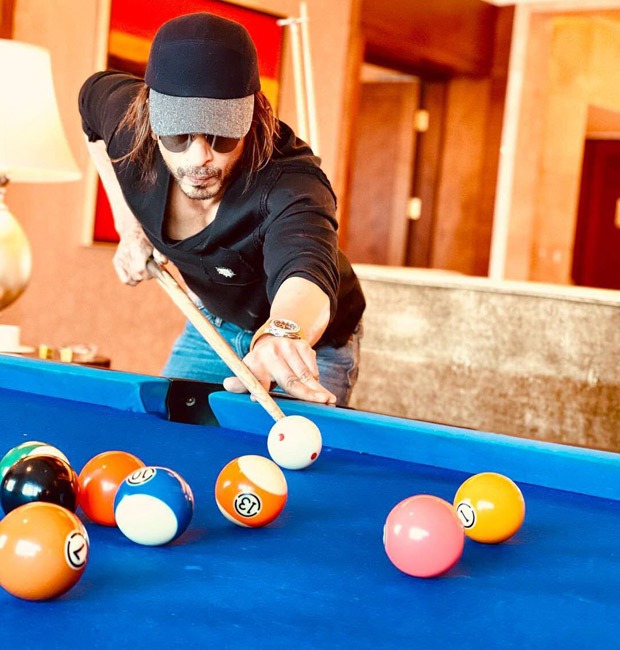 While we have seen few glimpses of the actor, today, SRK gave a peek into the long locks that he will be donning in the film. Dressed in casuals and donning a cap, he was playing a game of pool. In the picture, he has light brown almost shoulder-length hair. He captioned the photo, "As long as there is pink in the world, it will always be a better place."

While they filmed emotional scenes during the course of two schedules at Yash Raj Studios in Mumbai, they plan to shoot elaborate chase sequences between John and Shah Rukh Khan in Abu Dhabi. According to the report, the recee began at the UAE capital followed by their visit to Liwa Oasis and Ferrari World. They also plan to visit Business Bay and planning a sequence at the architectural landmark, Meydan Bridge.