Shah Rukh Khan and Kajol's pairing will be remembered as one of the most iconic on-screen jodis of Bollywood. Beyond that, however, they have been close friends for many years now. After all, a professional relationship that lasts this long transcends to one's personal sphere as well! 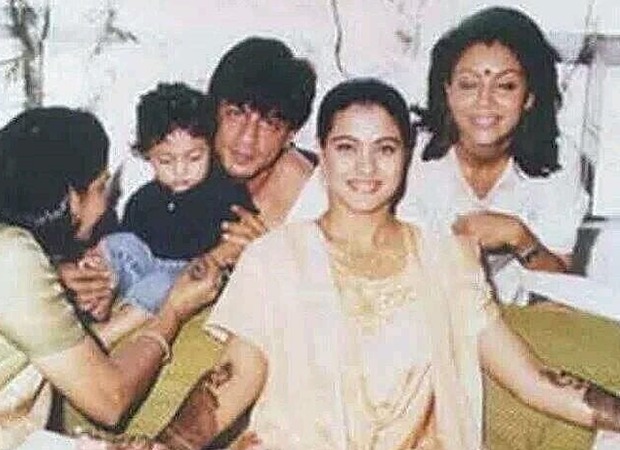 We just stumbled upon a million-dollar throwback photo, from Kajol's pre-wedding ceremonies. The photo has SRK, wife Gauri Khan and their eldest child Aryan Khan in attendance. Aryan, who must not be over a few years old in the photo, is tucked in his father's arms while Gauri is seen flashing a big smile. Kajol, who flaunts the Mehandi on her hands, happily poses for the camera too!


Kajol and Ajay Devgn, who together starred in numerous films including Ishq, Pyaar Toh Hona Hi Tha and Dil Kya Kare, tied the knot in 1999. They're now parents to daughter Nysa who recently celebrated her 17th birthday and 9-year-old son Yug.

Kajol, who made a comeback to the big screen with Pradeep Sarkar's Helicopter Eela, was last seen in Priyanka Banerjee's short film Devi.