Shah Rukh Khan is an avid sports lover and it is known to all. The actor already owns a cricket team Kolkata Knight Riders. The superstar recently felicitated the Paralympic players. Recently, the actor even got associated with the National Game of India, Hockey and urged everyone to support the Hockey Team of India. Even the earlier reports suggested that he will be attending the opening ceremony of the Hockey Men's World Cup to be held in Bhubaneswar, Odisha in November. Now, it seems like the actor is collaborating with AR Rahman for a special project. 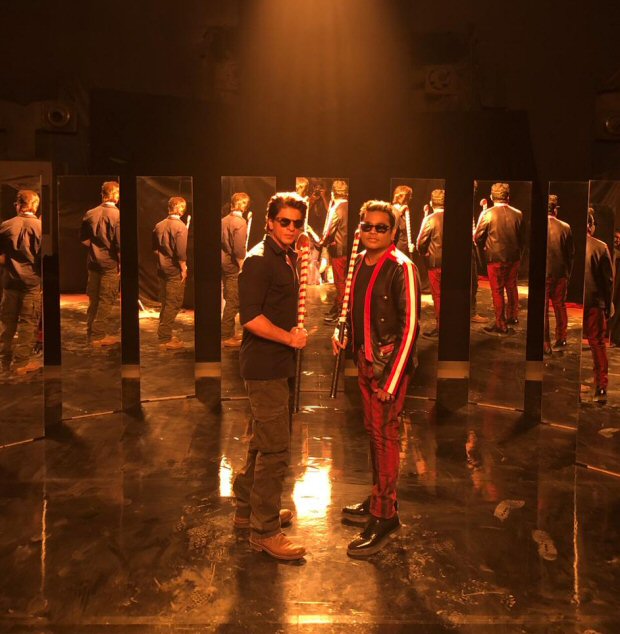 According to some reports, the two of them are coming together for what looks like a Hockey Anthem. Shah Rukh Khan, on Sunday, took to his Instagram to share an interesting picture of himself with the music maestro AR Rahman. In the picture, the two can be seen wearing black sunglasses while posing opposite mirrors and holding hockey sticks in their hands. He captioned the picture as, "Spent a few hours with the prides of India, Hockey & @arrahman and the talented #ravivarman Thank u the whole team for making me feel so wonderful. #HeartBeatsForHockey."And interestingly, the actor has also tagged cinematographer, Ravi Varman in it. 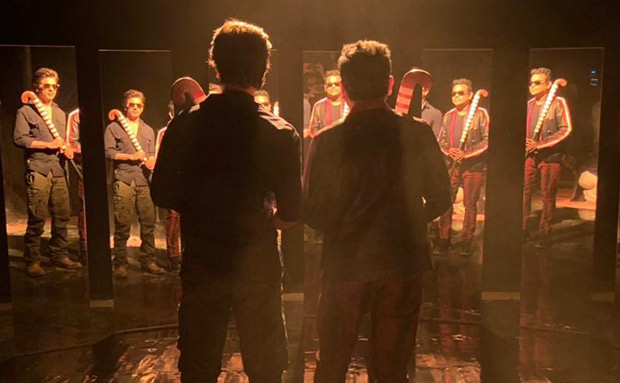 On the work front, Shah Rukh Khan’s next film Zero marks the reunion of Jab Tak Hain Jaan trio with Katrina Kaif and Anushka Sharma in lead roles. This is Anushka’s fourth film with SRK after Rab Ne Bana Di Jodi, Jab Tak Hain Jaan and Jab Harry Met Sejal. Zero is Katrina’s second film with SRK. This film will not only show SRK in a different avatar but will have some of the most amazing cameos. Salman Khan, Kajol, Rani Mukerji, Karisma Kapoor, Alia Bhatt among others. This will be, technically, the last film of late actress Sridevi. Zero is slated to release on December 21, 2018.