On September 18 when India’s most celebrated living film actress Shabana Azmi turns 69, she will be packing her bags to leave for a performance dedicated to her father the legendary poet Kaifi Azmi. Shabana who lives out of suitcases and jokes that she gets to meet her husband Javed Akhtar on airports when their flights converge, says she is out of the country on September 18 when she turns 69. “I’m leaving for a 10-day trip of the USA on the night of September 28. Kaifinama a documentary by Sumantra Ghosal on the life and works of Kaifi Azmi has been selected for four Film Festivals in the USA in Washington DC, Chicago, Seattle and Montreal. Both the director and I will be attending them.” 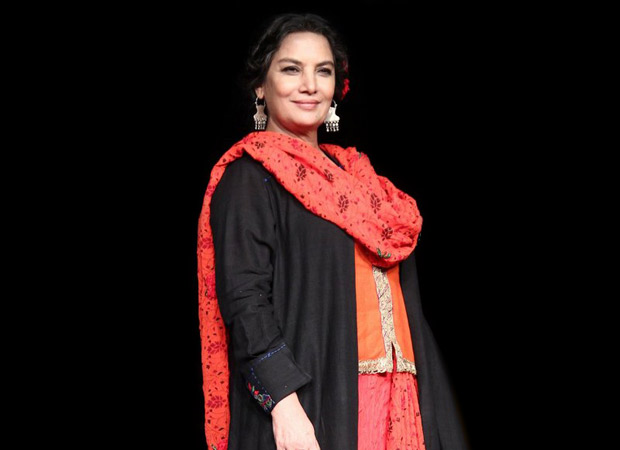 Shabana doesn’t like celebrating her birthdays, though her friends do. She chuckles, “Since the last three years I’ve been having a tea party at home with only very close friends and family. I try to persuade them to leave by 7.30 pm but inevitably it rolls into an impromptu dinner which is khichdi and qeema! This year I have been warned to make it khichda rather than khichdi!!”

Once an avid gift-receiver Shabana now avoids getting birthday gifts, “I’ve strictly said no to presents. I’m getting into the Marie Kondo mode and want to de-clutter my cupboards. Of course flowers particularly mogra, sontakka and rajnigandha are welcome 365 days of the year.”

So what is the best birthday gift Shabana has ever received? “On my 50th birthday Jadu (husband Javed Akhtar) wrote me a beautiful note which I treasure more than the many extravagant gifts he has given me.”

Any unfulfilled dreams? “I wish I could have learnt to play the piano. I wish I could fight to win rather than be influenced by my school motto, “Play The Game”.

But it is widely believed that Shabana is fiercely competitive.

She disabuses us. “I know that’s what most think about me, but I perceive it differently. Javed plays to win or he doesn't get involved at all. It’s a key difference between him and me. Javed also says that Shabana is not afraid of failure and that is her biggest strength. People think I’m fiercely competitive but the fact is that I surrender just before putting the ball into the goal. Because school (Queen Marys High School Bombay) taught me it doesn't matter whether you win or fail what matters is that you play the game.”

What would Shabana’s message to the nation be? She quotes her father Kaifi Azmi, “Ek diya jisska naam hai ummeed jhilmilata hi raha.”