Harshad Chopda has passed off as one of the most versatile actors in the Indian television industry. Be it the role of a romantic hero like Prem or the role of hot-blooded Sahir Azeem Chaudhry, he has always raised the bar high when it comes to portraying emotions perfectly on screen. While his roles have left us drooling, he leaves no stone unturned to look as hot as he does. A foodie at heart, Harshad Chopda clearly believes in eating as much as you like and then work it out in the gym. Making jaws drop with his chiseled body, Harshad says that he cannot spend a single day without going to the gym and working on himself. 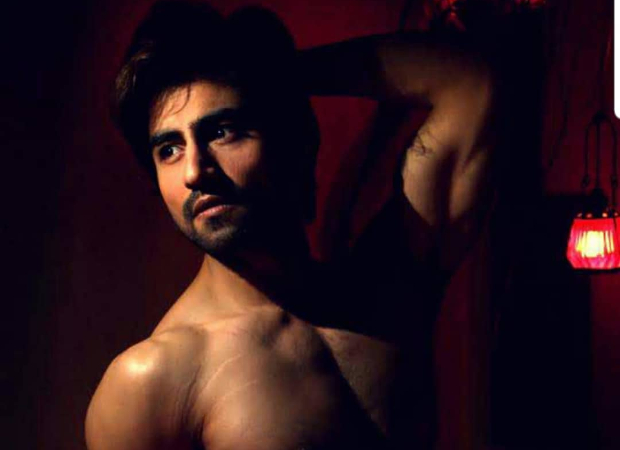 In an exclusive conversation with Bollywood Hungama, Harshad spoke extensively about his future plans and the possibility of a reunion with the cast of Bepannaah as the show is about to complete 2 years in March. Bepannaah will always be a special show for multiple reasons and one of the major reasons being the high-on-emotions chemistry between his character Aditya Hooda and Jennifer Winget's character, Zoya Hooda. While the fans can’t wait to see him back on screen, they would love to see him work again with Jennifer because of their organic chemistry. Apart from that, the show also had an unconventional plot and storyline which seemed to have made its place in people’s hearts since the fans are still not over it.

When asked about the possibility of a reunion, Harshad said, “I have no idea. I spoke to Aniruddha sir after receiving the award and he was also saying that it’s high time we threw a party. But then everyone is busy. I mean, the show has ended and I don’t know what to say. As an actor, it feels great that people have loved a character so much but it’s also scary because, for my future projects, you have to fight an elephant that you have made! So, it has to be better, there’s no point in doing anything less than what I have done. I have tried my best to be better than my previous work.”

Speaking further about his work, he said, “I am proud of the kind of work that I have done and I am happy with the choices that I have made.” We asked him about his future projects, obviously, to which he said, “We can’t have a preconceived mindset, then we can’t judge what is offered to us properly. Whatever comes my way, I try and give my 100% attention to it and find reasons to do it. Sometimes I try to look through the things that don’t seem right and let them go. But I’m am in talks, and till the time things are not exciting it is difficult to answer this because I am currently not working. Be it by choice or no, the fact is that I’m not doing anything. Before Bepannaah also, I wasn’t doing anything for like three and a half hours but it was justified with it because the decision was right and I got time to prepare for it. So the more I wait, the better I become with my work.”

We also asked him about his absence on social media and he said, “I try my best to be active and I know that I have to post. There are times when I panic that it’s been so long since I last posted and it’s not like I don’t have pictures. I literally spent the extra four days in London clicking pictures! So I posted a few pictures with my long hair and I wanted to post a few with my short hair but I didn’t get a haircut. So now that it has happened, I want to post something with the trophy but let’s see when that happens. Actually, I don’t like to click myself, it’s a very weird thing that I prefer if someone clicks a picture of me!”

When asked about his fans, he said, “The way they admire, acknowledge and respect what I do, I hope and wish that in terms of work, I can repay all this. I feel really lucky because I always wanted to be surrounded by fans when I walk down the streets. But, it is really weird to admit that it actually happens to you. So, it’s a miracle that this is happening and I have nothing to give them in return. Even with my roles, I have to make sure to carry it forward and it has to be better!”

As we concluded the conversation, he mentioned how much of a workaholic he is and how he does not sit idle even on his day offs! Favourite for multiple reasons, Harshad Chopda surely knows how to make the most of the roles that are given to him and we’re so glad to see him in a different avatar every single time.

How did you like his interaction with us? Be sure to let us know in the comments below.