In yesterday’s episode of Sasural Simar Ka 2 we saw Simar and the entire family is celebrating Geetanjali Devi’s birthday. Reema switches on the projector to show the family some nice memories of Geetanjali Devi’s life. But soon, the celebrations turn into a nightmare when she sees Yamini wearing the same saree as the one gifted to her by Gopi Oswal. 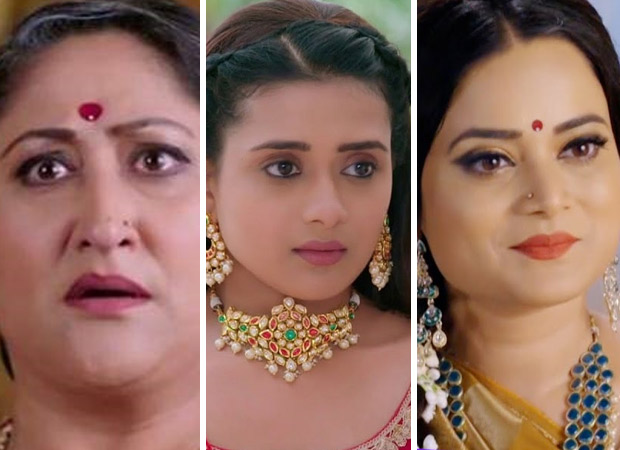 Sasural Simar Ka 2 – Geetanjali Devi gets to know about Simar and Yamini, will Simar be able to continue her journey in Oswal house?

In tonight’s episode, Geetanjali Devi screams at Dhami after seeing the pictures that she had projected. To everyone’s shock Dhami tells Geetanjali Devi that Yamini and Simar not only know each other but they have also been associated with each other in the past. Simar and Aarav are shocked when Geetanjali Devi questions them. She asks them if Dhami is telling the truth. Just at that moment, Yamini Devi gate-crashes into the Oswal mansion and introduces herself as Yamini Devi Oswal. She reveals that she is the second wife of Gopi Oswal. She goes on to speak about her relation with Simar, telling everyone that she was her student and they both have recorded a song together. She also tells the family that Simar addresses her as ‘Choti Maa’. Both Simar and Aarav try to explain themselves. They insist that they were unaware of Yamini’s true intentions and her identity. Just at that moment, Dhami plays the song sung by Yamini and Simar. In a fit of anger, Geetanjali Devi throws the speaker. Now that Geetanjali Devi knows about Simar and Yamini, what will happen to her and Aarav?

To find out, watch ‘Sasural Simar Ka 2’, every Monday to Saturday at 6:30pm only on COLORS!