After making appearance on The Big Picture together with Ranveer Singh, actors Sara Ali Khan and Janhvi Kapoor seem to be inseparable. Now, both the actors have visited Kedarnath temple together and their photos as they prayed have now emerged on social media. In one photo, Sara and Janhvi pose while sitting on the steps, wrapped in jackets and shawls, against a scenic background. 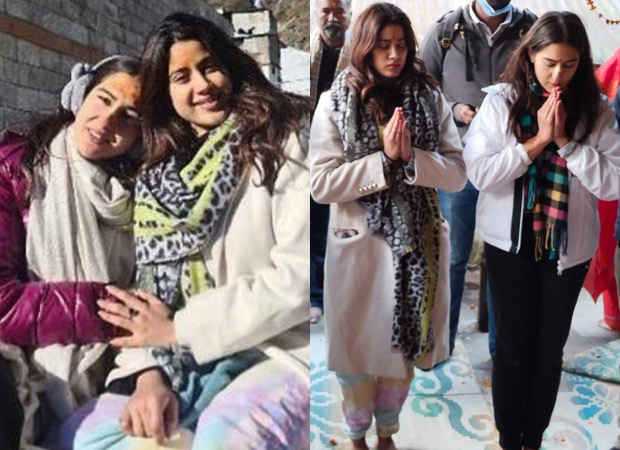 Their fan clubs were impressed with the two and kept the admirers updated with their pictures from the visit. In some photos, Sara is wearing a purple bomber jacket, with grey earmuffs. On the other hand, Janhvi is wearing a glitzy silver jacket with a muffler.

Wow this is called sanskaar ????
You both are doing really good job, Janhvi & Sara! May God bless you both! ????

On the work front, Sara was last seen in the film Coolie No. 1, alongside Varun Dhawan. She is looking forward for the release of her film Atrangi Re with Akshay Kumar and Dhanush. Janhvi, meanwhile, has Good Luck Jerry, Takht and Dostana 2 in her kitty.

Sara’s debut film was coincidentally called Kedarnath. The film, with Sushant Singh Rajput in the lead, was about the devastating Uttarakhand flash floods in 2013.