Sara Ali Khan and Ranveer Singh are having the best time promoting their movie Simmba around the country. From reality TV show appearances to laugh riot interviews, these two along with their director Rohit Shetty are leaving no stone unturned during the promotions. But, seems like their camaraderie has a taken a twist and they are indulging in a meme war. 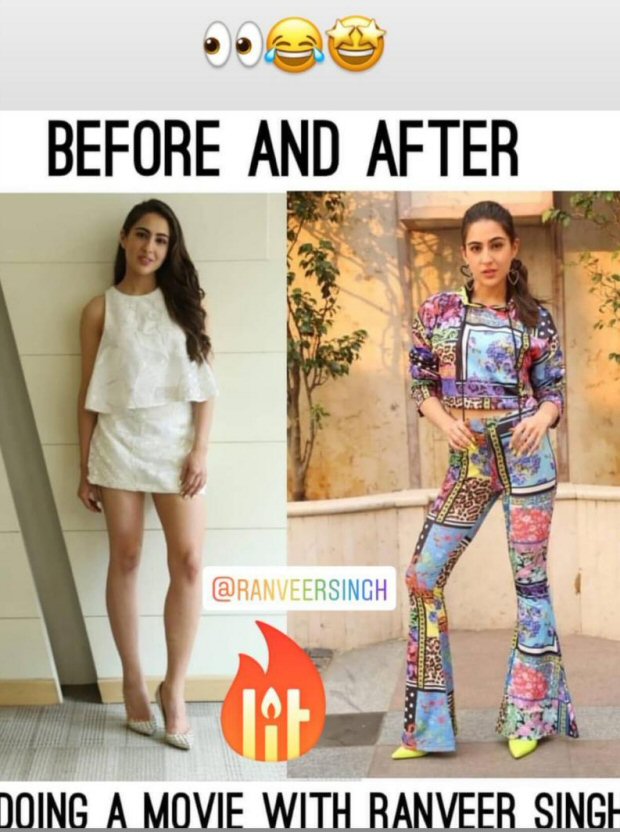 On Saturday’s episode of Bigg Boss 12, Sara Ali Khan admitted that the fans are making memes about her after seeing her quirky fashion choices. The reason being that Ranveer Singh's fashion choices have probably rubbed off on her. On Sunday, she shared a meme herself on how her style statement has changed. She is seen in a white dress in first picture whereas her other picture showcases her in a printed pantsuit. 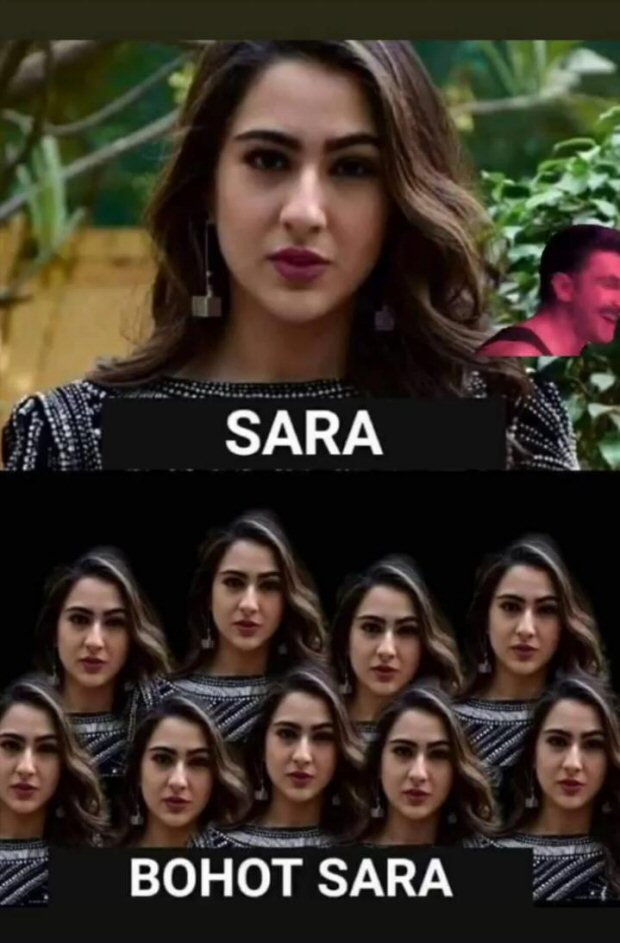 Ranveer Singh also shared a meme and it was pretty hilarious on how they are indulging in a meme war.