Sara Ali Khan, who is presently on a promotional spree for her upcoming release Love Aaj Kal, can't seem to put a stop to her poetic insurgence. We are, by now, familiar to her shayaris that she often writes. They're really amusing! Of late, she's been sharing throwback photos from the sets of her films, and keeps writing funny, brief poems as captions! 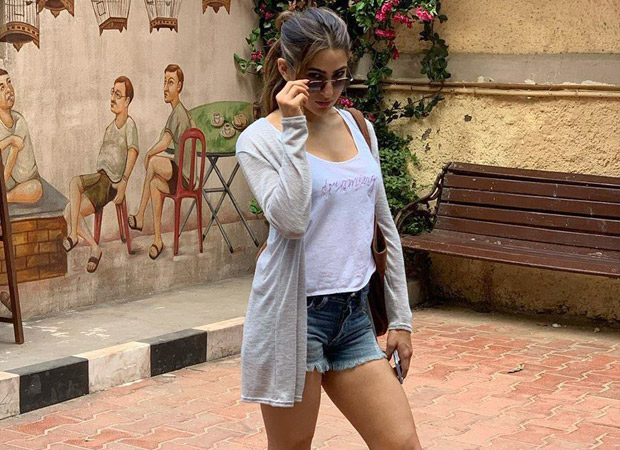 The latest one is about Sara asking her fans to stay hydrated, as we kick-start a fresh week. In another throwback photo, she can be sipping a coconut and asks you to do the same. And then, she also urges you to watch Love Aaj Kal. "Start your week with some coconut water #hydration #is #key No stress if you need to pee So come copy #Zoe Grab a ???? and watch the #movie #bts #LoveAajKal #valentinesday," she wrote. Read her post below.

Love Aaj Kal, starring Sara opposite rumoured boyfriend Kartik Aaryan, was initially being called a sequel of Imtiaz Ali's 2009 film with the same name. At the trailer launch, however, Kartik clarified that this wasn't a continuation to the old film and instead tells us a fresh story. Love Aaj Kal is slated to release on February 14.