Former actress Sana Khan is quite active on social media and continues to update followers about her life and shares stunning pictures of herself. In 2020, she had announced that she has quit the entertainment industry and will follow the path of ‘Creator’ and serve humanity. Ever since then she has also been sharing thoughts and quotes from the Holy Quran on social media. 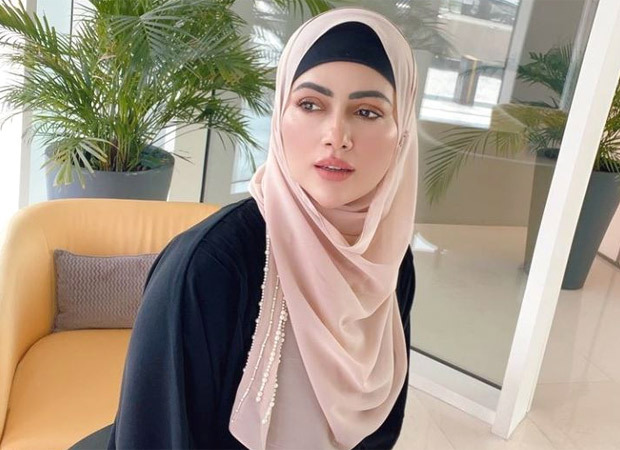 Sana Khan gets mocked for hiding behind a hijab; she responds

On Thursday, Sana Khan posted a candid picture of herself in which she is seen wearing a hijab with a coffee cup in her hand. Along with the picture she wrote in Hindi that one should not be afraid of people as God gives respect to whomever he wants and leaves the undeserving for neglect. The picture was clicked by her husband Mufti Anas Sayed.

A user took to the comment section to mock Sana's look saying that there is no need to gain so much education when one eventually has to hide behind a hijab. Responding to the comment, Sana said that if despite wearing a hijab, she can carry on with her business along with a supporting husband and in-laws, what else can she ask for in life. She further said that the most important thing is that God has been protecting her throughout and that's why she has been able to complete her education. She said that it is a win-win situation for her.

ALSO READ: Sana Khan heartbroken over negative videos of her past life; says don’t put anyone in depression with ruthless comments