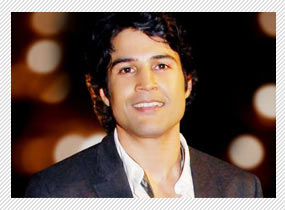 After two successful thrillers (Aamir, Table No. 21), Rajeev Khandelwal would now be seen in his third film belonging to this genre where he is playing the central protagonist. This time around he is wearing the hat of a detective in a 'dilchasp' story full of 'rahasya'. On the eve of the film's release, we get chatting with him.

It has been more than a year since the release of Table No. 21. One would have expected you to be a little more prolific.

Well, I haven't made any conscious call ever in my career. I have just dealt with whatever that has been offered to me and have made choices based on that. After Table No. 21, I was contemplating what to do next. There were plenty of thrillers being offered to me but I was not willing to repeat myself, so I decided to rather wait. In my mind I did know what to do but then I didn't want to do what was being offered.

And then came Samrat & Co.?

As a matter of fact, even Samrat and Co. came from nowhere. When I got a call from Rajshri Productions, I was informed right at the onset that this was not a film which would be directed by Sooraj Barjataya. I still wanted to meet and understand what the film was all about. This is where I met Kaushik Ghatak who told me that the film would belong to a very different genre. I was happy with the core plot line as it came across as a true detective film instead of being a plain and simple amalgamation of Hindi and Western cinema.

I hear that Kaushik came with three drafts of the script.

It wasn't three drafts of the script but three hard bound copies! As I realized, while one of these was the script, second copy was about why Kaushik wanted to make a film in this genre and third was about what has been done in this genre till date. I believe this level of preparation was simply superb. It just geared me up to hear the narration.

Weren't you apprehensive that he came from television background (notwithstanding the super-success of 'Kyunki Saas Bhi Kabhi Bahu Thi') and had just one film Ek Vivaah Aisa Bhi to his name?

In fact I had heard about Kaushik Ghatak during my television days itself and knew that he was a very sought after director. He is Anurag Basu's prodigy but he doesn't go around telling the world about it. So while he was narrating Samrat & Co., I realized his passion for this genre. He is so knowledgeable about the history of suspense-thrillers. I realized that he knew his job and went with the flow. Of course the first impression you get of him is that he is a very humble and gentle guy. You wonder whether he is serious about making a film in this genre. But when you interact with him, you are impressed with his vision.

Apparently he didn't even narrate the film's climax to you.

Yeah, and later when I asked him whether he was exploring Sherlock Holmes, he told me that his inspiration is Sir Arthur Canon Doyle who is the 'baap' of detective world. I am happy that the film has turned out to be better than the script. Kaushik knew every frame of the film and its always a pleasure to work with a director who knows what he wants. This way he also saves money on the stock also as he only shoots what is absolutely required.

So for your Sherlock act, who is Watson?

(Laughs) There is this character by the name of Chakradhar Pandey (played by Gopal Dutt) who is my colleague in the film and loves to call himself Watson! There are a lot of other character actors in the film also, like Girish Karnad, Barkha Bisht, Priyanshu Chatterjee, Shreya Narayan and Indraneil Sengupta amongst others who have important parts to play. It is a true blue detective film and each of the characters only adds on to the suspense and intrigue.

There is still suspense around what made you do a film like Will You Marry Me?

(Smiles) We all make mistakes but then I am not embarrassed about any of my films, including Will You Marry Me. The film was good at the script level but when people take shortcuts and are not focused on filmmaking, the results are never going to be fruitful. This is what killed the film.