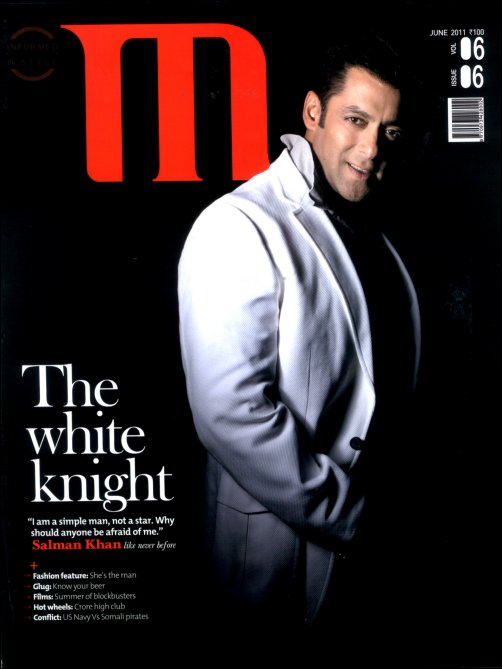 The statement that 'Salman Khan is definitely the flavour of the season' is surely an understatement!

Well, it's this flavour called Salman Khan who is on the cover of the M magazine. Trust us folks; this is one of the interviews where Salman is at his wittiest best! It's not just on the silver screen he takes us by storm, but also in his interviews! Salman, in his own admission says, "I don't want to be bitten by a makdee, so no Spiderman... I don't want to wear red underwear over my jeans, so no, Superman... I only want to be Sal-man!" Talking about his connect with the audience, he says "When your audiences come out to watch a film, they want to be like the hero. And who can be better hero than me? I wanted to see a hero on screen, that's why I did Wanted. When asked about his Dabangg heroine Sonakshi Sinha, he says "She was very plump, but very expressive. Behind all the fat, you could see that she was extremely beautiful. Even with all that weight, she looked amazing when she danced."

And when asked about how much did he relate to the song of 'Character Dheela', he said that, "Mera character dheela nahi hai."

Well, that's Salman Khan for you!