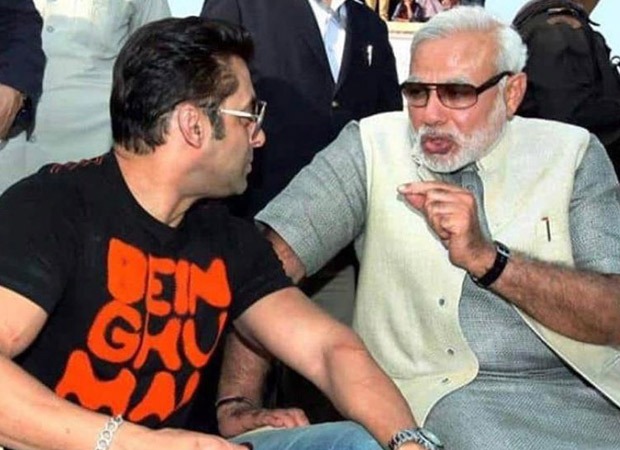 In the throwback picture, Salman Khan can be seen sporting a black t-shirt and jeans while the Prime Minister is seen wearing a khadi kurta and Nehru jacket. "Wishing the honourable prime minister Mr. Narendra Modi, a very happy birthday and many more to come @narendramodi," Salman wrote along with the picture.

Several other popular celebrities also send in their wishes to the Prime Minister on social media. Anil Kapoor, Kangana Ranaut, Riteish Deshmukh, Rakul Preet Singh and several others wished him

Meanwhile, Salman Khan will soon be seen on TV as he will be back hosting the new season of Bigg Boss. The show will be premiered on October 3. A few days back the actor had shot for the promo videos of the show. Contestants of the show will be under home quarantine for 14 days before they will head to the Bigg Boss house.

On the other hand, Salman Khan will soon resume the shooting for Radhe:Your Most Wanted Bhai. Reportedly, he will shoot for a dance number along with Disha Patani.

ALSO READ: Bigg Boss 14: Shehnaaz Gill addresses the rumours of being a part of the Salman Khan hosted show

EXCLUSIVE: “I don't want to sing songs that…