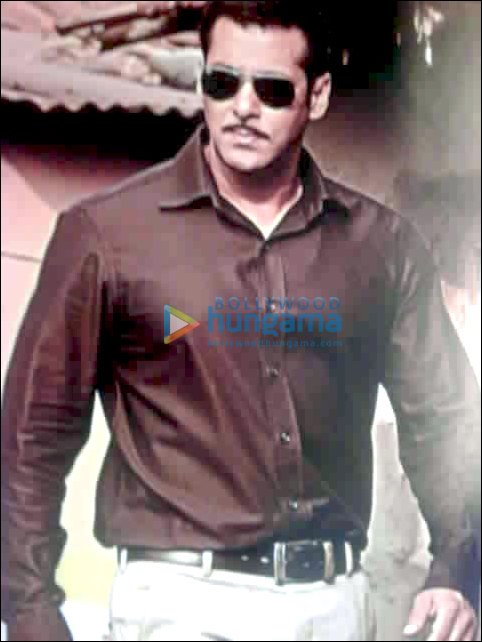 Salman Khan is all set with his next action film titled Dabangg. Much has been said and written about the film in the past few days, but leave it to Sallu bhai to surprise everyone.

Salman posted two images of his look from the film, which show him in a well toned moustached demeanour, albeit the perfect cop with a cool pair of aviators to go with. The film, which is set within the backdrop of the state of Uttar Pradesh, is the story of a corrupt police officer played by Salman Khan and highlights the flaws and loopholes within the judicial system. The basic plot of the film deals with the unlawful practices in the states of UP and Bihar and the involvement of police in it. The first promo of Dabangg is going to be unveiled in theatres next week.