Salman Khan and Aayush Sharma starrer Antim: The Final Truth has a worldwide theatrical release today. The film helmed by Mahesh Manjrekar is an action-thriller drama and is an adaptation of the 2018 Marathi film Mulshi Pattern.  While the film has been released today, the promotions have been going on in full swing for the last many days. 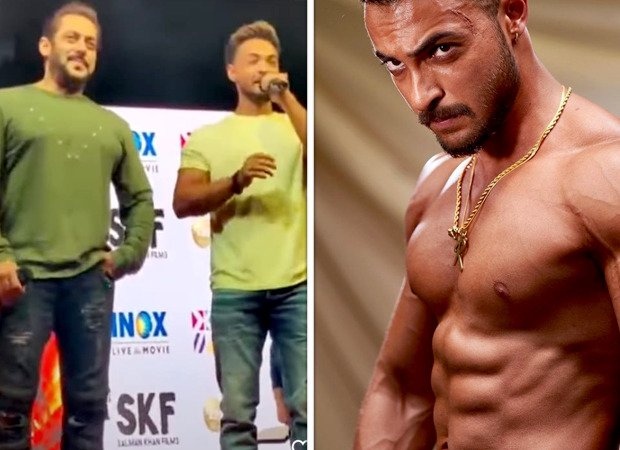 On Wednesday, Aayush Sharma and Salman Khan were in Pune, Maharashtra to promote the film. During the event, the fans of both actors demanded Aayush to take off his shirt in order to witness the iconic moment from the film live. In the film, there's a major face-off between both the actors who were seen shirtless during the ultimate fight sequence.

Salman Khan fans demand Aayush Sharma to go shirtless during a promotional event of Antim in Pune, watch their reactions

Hearing this, the visibly shy Aayush replied in Hindi, “I’m just a student. The guru is here (pointing towards Salman)." He further revealed that it was extremely difficult to do that particular scene in the film.