The wait for the release of title track of Radhe will be over soon. The song is set to premiere on Wednesday, May 5 and Salman Khan Films have released a new poster, giving a glimpse of the most awaited song of the film. As is the case with most Salman Khan films, title tracks tend to be chartbusters and set records, and audience have similar expectations from Radhe title track as well. 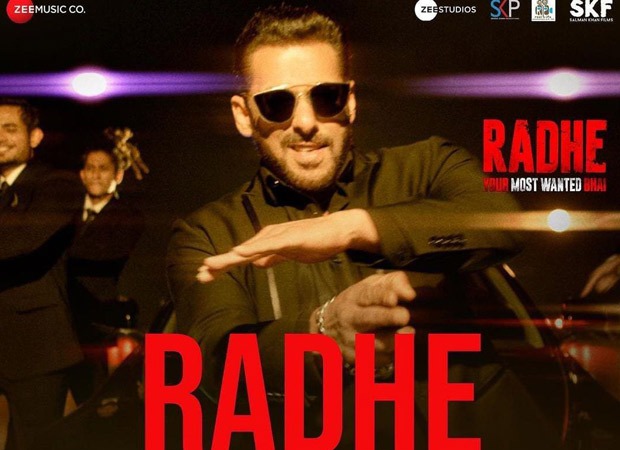 The trailer of the film gave a brief glimpse into the track which caught the attention of all. Composed by Sajid – Wajid, the song has vocals by Sajid and has been choreographed by Mudassar Khan. The song is upbeat, catchy, one of those which deserve to be played on loop. The poster features Salman Khan looking dapper and exudes the characteristic Salman Khan swag which is much loved. With the release of the track just a day away, the anticipation around the song is massive.

ALSO READ: BREAKING: Radhe – Your Most Wanted Bhai passed with U/A certificate; is the SHORTEST Salman Khan film in YEARS!