Superstar Salman Khan has been shooting for his upcoming film Tiger 3, which is the sequel to his previous superhit films Ek Tha Tiger and Tiger Zinda Hai. The actor is currently shooting with Katrina Kaif in Turkey and was recently at Capacodia (a region in Turkey). 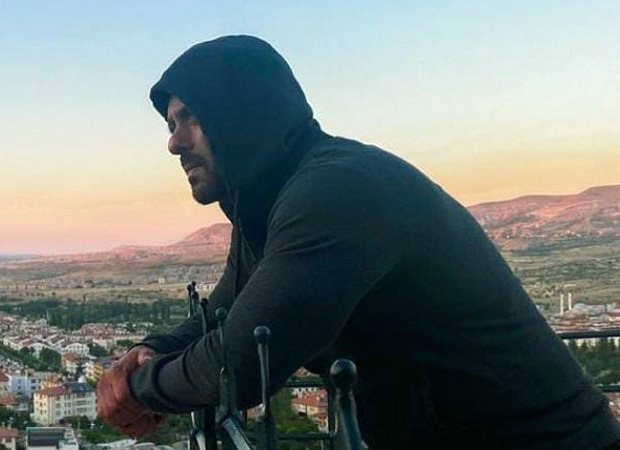 The actor is spending some gala time over there and recently took to his Instagram to share a breathtaking view. Salman shared a picture sporting a black hoodie and can be seen enjoying the sunrise at the shooting location. The post was captioned as, ''Sunrise … #cappadocia #turkey''.

Reportedly, Salman Khan, Katrina Kaif and the crew have also been joined by actor Emraan Hashmi who will play the antagonist in the film. Tiger 3 is expectedly  going to release in 2022. Last month, Salman Khan and Katrina Kaif also travelled to Russia to film the foreign leg of the Tiger franchise's third edition. Several photos and videos of the two actors surfaced on social media, in which they were seen posing for shots and selfies with their admirers. The team would also be shooting in at least five international locations, according to reports. Post the current shoot schedule at Turkey, the team will reportedly fly to Austria for another sequence.