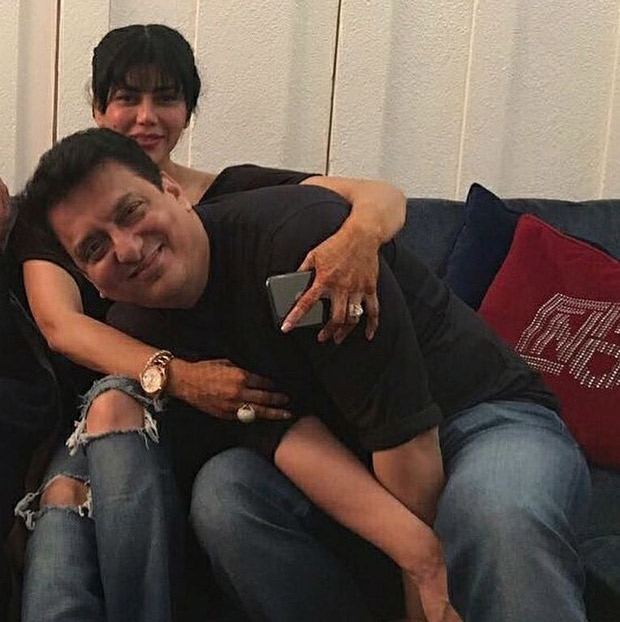 It is a known fact that Sajid Nadiadwala and his wife Warda share a close bond with the Khan-daan of Bollywood. The duo who have been present at almost all occasions at the Khan household, also share their wedding anniversary with Salim Khan and Salma Khan. So a big bash was planned at the Khan household where they also celebrated the wedding anniversary of Arpita Khan Sharma and Aayush Sharma. 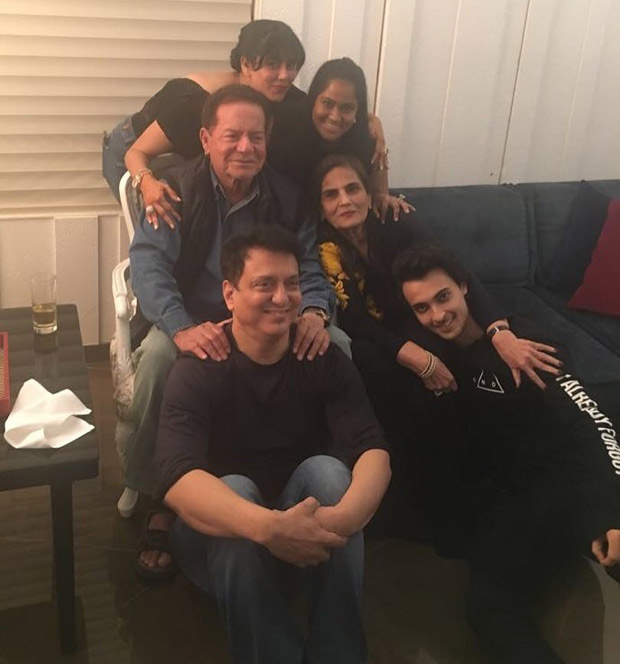 Three wedding anniversaries and the bash was definitely thrice as glamorous. The three married couples, Salim and Salma Khan, Sajid and Warda Nadiadwala, Arpita Khan and Aayush Sharma who were celebrating their 53 years, 17 years and 3 years of marriage respectively also posed for a picture together. Posting this picture on Instagram, Warda said, “Epicccccc , moments that r cherished for life 53 ... 17.... and 3..... together..... love u Salim uncle Salma Aunty following your footsteps @arpitakhansharma #AyushSharma #SajidNadiadwala love u Arpu for a great eve #18november.” 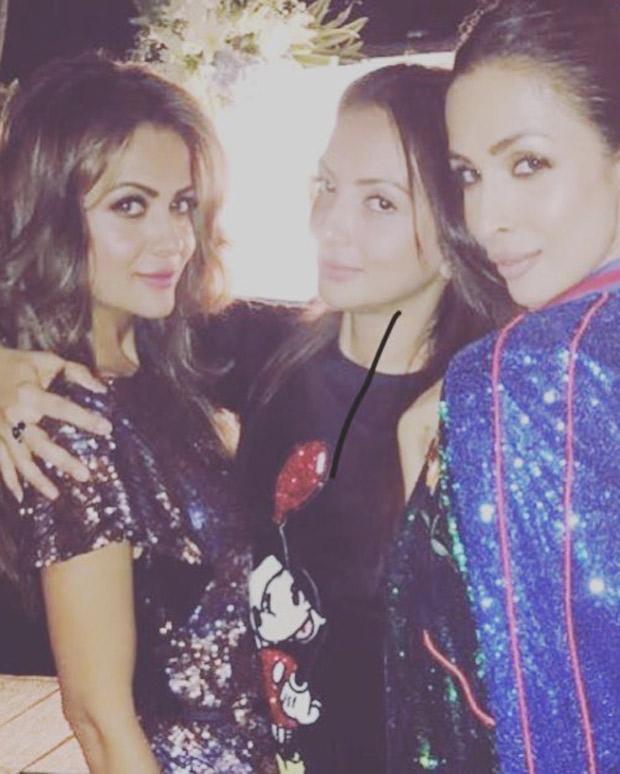 With the Khan family members along with the Arora sisters- Malaika and Amrita Arora, the party also saw friends from the fraternity in attendance. She further also posted pictures from the party wherein she was seen bonding with many other celebrities which included Deanne Panday [Chunky Panday’s sister-in-law], actress-producer Dia Mirza, Romanian actress-singer Iulia Vantur, among others. 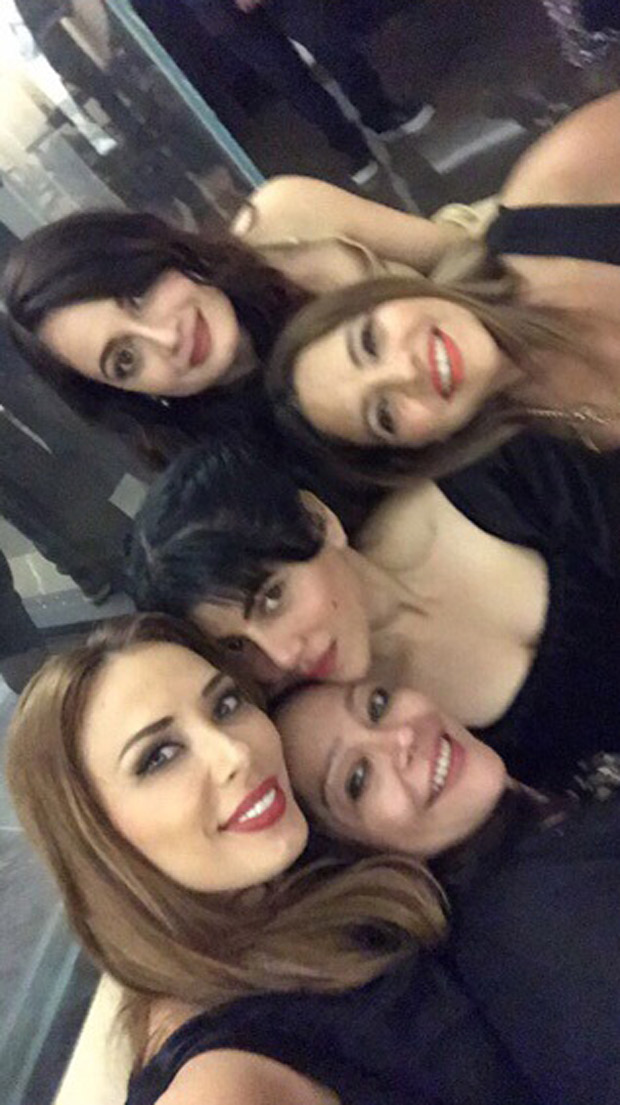 Besides this party, we hear that Sajid Nadiadwala and Warda also received a special treatment from their loved ones in their office who even order for a cake for the lovely couple and there was yet another bash planned at their Juhu residence. 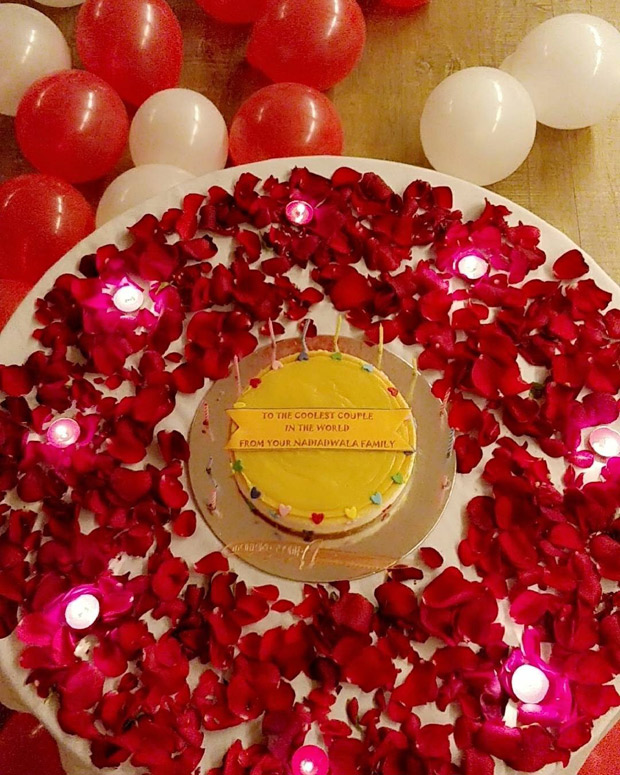 Sajid Nadiadwala was recently seen rejoicing the success of his last film Judwaa 2 which has become one of the top grossers of the year. Furthermore, he is looking forward for a great 2018 since he has two franchise films in the pipeline that includes the Tiger Shroff starrer Baaghi 2 and the Sajid Khan directorial Housefull 4 and he has also signed prominent directors like Dangal filmmaker Nitesh Tiwari, Hindi Medium filmmaker Saket Chowdhary, and Toilet – Ek Prem Katha Shree Narayan Singh for their forthcoming films. 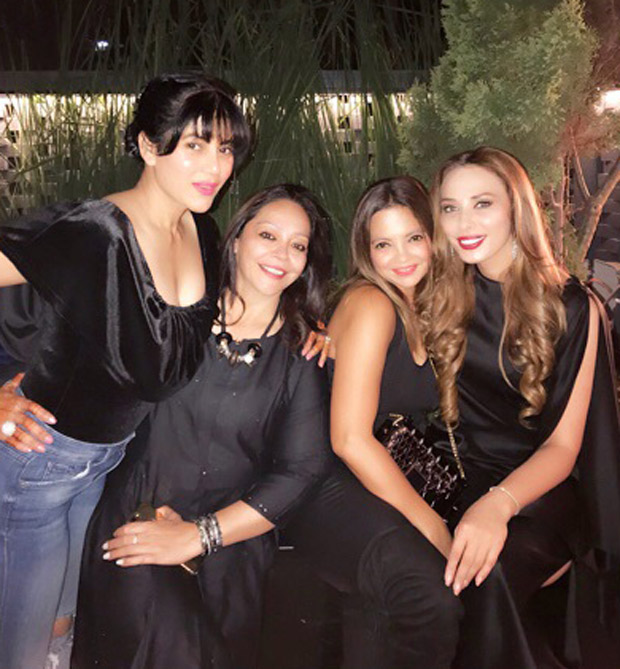