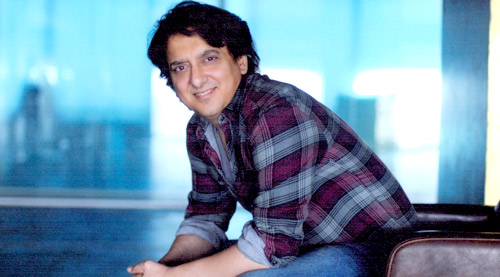 Sajid Nadiadwala can continue to celebrate. Come tomorrow, and his Housefull 3 would have passed the 100 crore mark. The film, which he has produced along with Eros, had brought in Rs. 95.30 crore by the end of its second weekend. With Monday seeing good hold as well, what with Rs. 2.30 crore more coming in, the film has now hit the Rs. 97.60 cr mark. By the time the Sajid-Farhad directed film is through with its morning shows tomorrow (if not by tonight itself), there would be another entrant in the 100 Crore Club with Housefull 3 gaining an entry.

For Sajid Nadiadwala, this would be his fourth century in a span of four years. The trend, which incidentally started with second of the franchise, Housefull 2, has continued with the super success of 2 States and Kick, the latter doing a business in excess of Rs. 200 crore. Now with Housefull 3 continuing to keep the flag high for the franchise, the producer can well begin to celebrate his fourth 100 crore runner.

Meanwhile, the new release of the week - TE3N - needed to bring in numbers equivalent (or at least close) to that of Friday (Rs. 2.61 crore) during the weekdays, in order to have a good chance at the Box Office. At the bare minimum, collections had to be in excess of Rs. 2 crore right from Monday itself. However, the numbers have been around 1.40 crore, which is a definite fall from what it earned on Friday. The signs were there though, since after a good jump on Saturday (Rs. 3.96 crore); collections on Sunday (Rs. 4.55 crore) hadn't seen a major push.

Now, with Rs. 12.53 crore in its kitty, the film would struggle to reach close to the Rs. 20 crore mark at the end of its first week. In comparison, Amitabh Bachchan's last release Wazir (which belonged to the same genre and incidentally had a similar premise of being a revenge drama) had collected Rs. 21.01 crore in its opening weekend itself (and still hadn't turned out to be a reasonable success at the least). For TE3N, the journey is even tougher since Udta Punjab is now releasing this Friday, which means the shows would be largely curtailed in the second week.