Colors upcoming romantic drama Saavi Ki Savaari chronicles the lives of a self-reliant rickshaw driver Saavi and a self-made, ambitious businessman Nityam. Making her debut on television with the show will be Samridhii Shukla essaying the role of Saavi while popular actor Farman Haider will be seen playing Nityam’s character. Produced by Dashami Creations, Saavi Ki Savaari will premiere on August 22 on Colors channel. 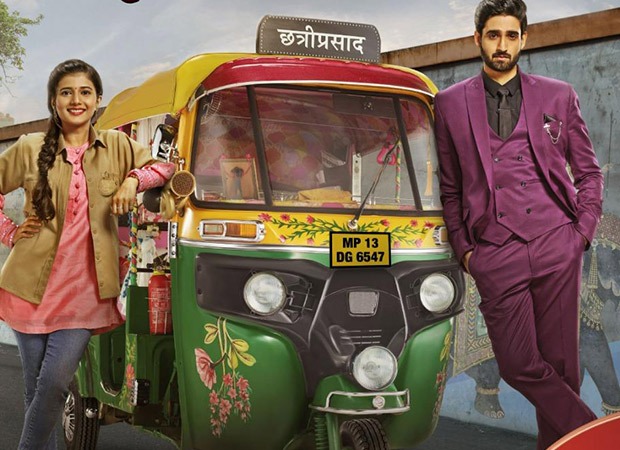 The show aims to break stigmas around gender-labeled professions. Saavi becomes the first female auto rickshaw driver from Ujjain, who enjoys driving and earns her living without feeling any sense of embarrassment about her profession. She is independent, optimistic, and street-and also the sole bread winner of her family. In unexpected circumstances, Saavi meets Nityam, a workaholic businessman who is highly ambitious and temperamental. He is extremely focused on building his business empire and wants to marry a woman who can match up to his intellect and help him achieve his goals.

Manisha Sharma, Chief Content Officer, Viacom18 spoke of the show, saying, “Saavi Ki Savaari brings to life a heartwarming love story of a girl Saavi who is an auto rickshaw driver. As she goes along, she finds her footing, encounters love and breaks many biases.  We are certain that Saavi's aspirational and endearing journey will hit the right chord and enthrall our viewers.”

Ninad Vaidya, Producer, Dashami Creations says, “With Saavi Ki Savari, we hope to break the gender stereotypes and showcase that no job is menial. The show will not only highlight the hardships of Saavi, but it will also narrate a beautiful love story of Saavi and Nityam.”

On playing the titular role of Saavi, Samridhii Shukla says, “I’m thrilled to make my television debut with such an unconventional character like Saavi.  She is a self-made girl who faces all her challenges with a smile and takes pride in driving an auto-rickshaw to support her family. With evolving times, women today are breaking the stereotypes by stepping into challenging roles, and hence I am certain that viewers will relate to Saavi and her beautiful story.”

Portraying Nityam’s character, Farman Haider says, “Nityam is a suave businessman, who has a charming personality. He is a headstrong person who always chases his goals and only confides in his mother. This show will trace an interesting contrast between him and Saavi who are destined to meet and discover love together. Samridhii aka Saavi is a vivacious and extremely passionate actor to work with, I am already having a great time working with her on this show.”

Saavi Ki Savaari will air from Monday to Saturday at 6.30pm on Colors.

Also Read: EXCLUSIVE: Nyrraa Banerji speaks about playing Pishachini; says, “I am the antagonist and the protagonist”