Last Updated 27.11.2022 | 4:37 PM IST
feedback language
follow us on
Bollywood Hungama » News » Bollywood Features News » Ryan Reynolds wants to slid into Ranveer Singh’s DMs: ‘Pretty sure everyone in India wants to do it too’

Ranveer Singh is this generation’s superstar and a versatile, multi-faceted artist. That his popularity goes beyond the Indian diaspora and South Asian people alone emerges from Ryan Reynolds’ witty reference to Ranveer in an interview. In a recent conversation with India Today, Reynolds said that if there was one Indian actor’s DMs that he would want to get into, it would be Ranveer Singh! 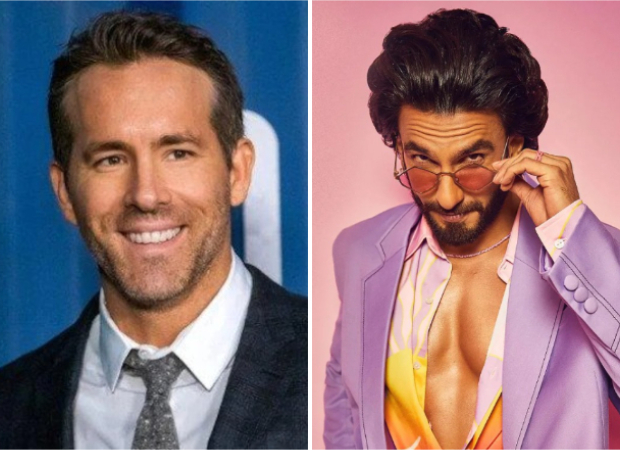 Ryan Reynolds wants to slid into Ranveer Singh’s DMs: ‘Pretty sure everyone in India wants to do it too’

Ryan Reynolds recently collaborated with Rob McElhenney for the Disney+ Hotstar series Welcome to Wrexham. Reynolds spoke to the publication while promoting a docu-series, and expressed his fondness for Ranveer. Ryan and Rob began working when one of them slid into other person's DMs. When asked which Indian actor,  whose DMs they would like to slide into, Rob refrained from answering it but Ryan said, "Ranveer Singh for me," prompting Rob to say, "He would be the Ryan Reynolds of India, would he not, and vice versa."

Ryan replied, "I don't know if I am Ranveer Singh. I am trying to be." His banter with Ranveer during the release of Deadpool 2 in Hindi had created quite a lot of interest on Twitter. Reynolds seems to have followed Ranveer’s work and career choices since then.

According to Collider, the docuseries follows the Wrexham Red Dragons, a struggling team in the National League, the 5th tier of the English Football League, and the oldest professional football club in the world. The team was purchased by Reynolds and McElhenney via their RR McReynolds Company LLC banner in November 2020 and they were officially named the owners of the club in February 2021.

On the work front, Ranveer Singh will next star in Cirkus with Rohit Shetty. He also has Karan Johar's Rocky Aur Rani Ki Prem Kahani and Shankar's Anniyan.

ALSO READ: Ranveer Singh wants to go on a holiday to Yas Island with his fans; here’s how you can be part of it