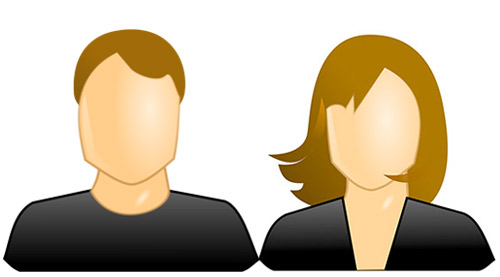 This is a story about an 'Express-ive' actress of Bollywood who was nursing a broken heart, courtesy her ex BF (an 'A' grade actor in Bollywood). While the actress was nursing

her wounds, there came a young and dynamic actor, who was loaded with bundle of non-stop energy. Right from the moment he entered her life, his only aim was to make her smileâ€¦ 'all over

again'. Love blossomed between the two and the duo became totally inseparable. This couple never missed even a single opportunity to be in each other's company.


But, what Bollywood Hungama's reliable sources revealed to us took us by surprise. Our source said, the building in which the actress (located in South Mumbai) had moved in around 5-6 years

ago has been occupied by the creme de la creme of the city. Reports have it that she had purchased the flat for a whopping Rs. 17 crores (approximately) at that time. In order to be close to

her (read 'vicinity'), her boyfriend was trying extremely hard to book a flat there, which was next to impossible as all the flats were sold off. That explains the reason as to why most of the

'power brokers' of the city were activated with a brief that any faintest of a clue about an availability of a flat, he should be informed about it first thing.


After months of waiting, Lady Luck favored the actor when he got to know about availability of a flat in the building. Wasting no time, the actor rushed to meet the concerned authorities regarding

the 'outright purchase' of the said flat. The deal was 'almost done' between the flat owner and the actor. But, when the society's board members got a whiff of the deal, they immediately told the

flat owner to call it off. At the same time, they also rendered an apology to the actor, who was visibly heartbroken to hear the news.


The reason cited for calling off the deal was that the society had a policy of 'no Bollywood stars'. So, when the actor questioned about why the said actress was allotted the flat in the same

building when she was also a 'Bollywood star', the answer given was that she knew the builder who constructed the said building as they were family friends.


Last heard is that the actor is planning to buy a flat in the same vicinity as his dream girl and her family.

Tags : Case of a missed, Flat, opportunity, Rumors have it