Bigg Boss 14 winner and actress Rubina Dilaik is one of the most celebrated figures of Indian Television and possesses a great fan base across pan India. The actress is a well-known household name for her stints in shows like Chhoti Bahu, Shakti: Astitva Ke Ehsaas Ki and many others. 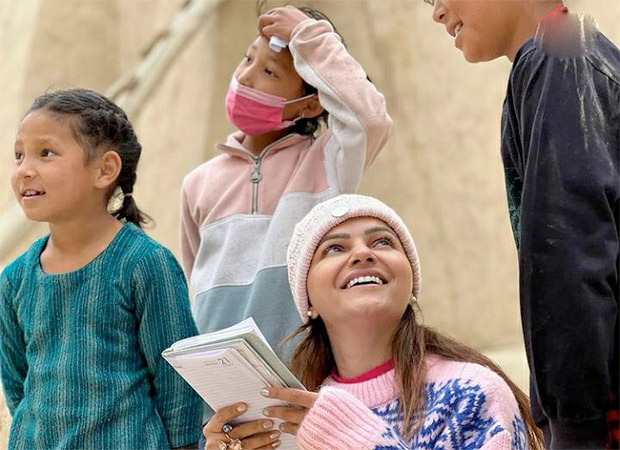 Rubina is currently spending some quality time in her hometown Himachal Pradesh's Spiti Vally with her husband Abhinav Shukla. To her surprise, she encountered her fans even in a remote area of the state. Sharing the glimpses of her cute little fans Rubina took to her Instagram and shared a series of pictures and videos. In the pictures, it could be witnessed how joyful the actress felt after meeting them. She could be also seen giving them autographs and getting them clicked in the frame. While Abhinav Shukla is also present in one of the pictures.

Sharing the pictures, Rubina wrote a lovely message in the caption, "Finding fans in such remote places, just fills my heart with #gratitude …… Tabo is a small village and has the oldest Monastery which dates back to 10th century BC …… This is my Devbhoomi #himachal".

Meanwhile, on the work front, Rubina is enjoying her time off from work post the wrap up of her show Shakti - Astitva Ke Ehsaas Ki. She is also gearing up for her movie Ardh co-starring Hiten Tejwani and Rajpal Yadav. While Abhinav was recently seen in the reality shows Khatron Ke Khiladi 11.

ALSO READ:Rubina Dilaik turns up the heat in a sultry red bikini in Maldives