Rishi Kapoor, after the release of Mulk last year, headed to New York for treatment. The actor had not informed about his illness until recently when it was revealed he had cancer. Almost one year into his treatment, the veteran actor is gearing for his return to India. Rishi Kapoor recently said that he is hoping to return before Ganesh Chaturthi festival. Since the Kapoor family has celebrated the festival on a grand scale for years, he wants to be part of it this year. 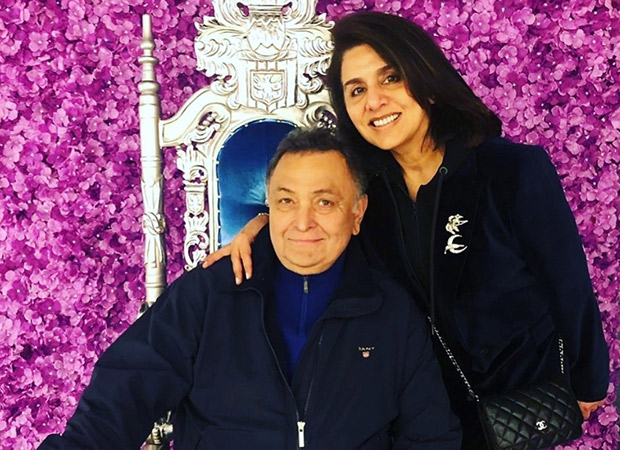 Rishi further revealed that his wife Neetu Kapoor has been his rock and stayed with him throughout the trying times. She shouldered all the responsibilities. He further said that his family has been supportive and would drop in to give him strength during his illness.

Rishi Kapoor said that fans in New York have been so loving and gracious. The taxi drivers would not take money from him, waiters would recognise him at restaurants and say hello to him. He recalled a funny incident when he was at a restaurant where the staff was Bangladeshi. Some of them greeted him. One of their American staff members thought that the veteran actor was ex-staff member that's why the other staff members were greeting him. Rishi, while heading home, laughed throughout the journey while thinking about the incident.

On the work front, Rishi Kapoor revealed that the makers of The Body starring Emraan Hashmi have been gracious enough to wait for him. He wants to jump into work once he is back. He has two more films.

ALSO READ: Rishi Kapoor is happy to hear his song ‘Main Shayar Toh Nahi’ being played at a salon in New York