The super-success of War (2019), starring Hrithik Roshan and Tiger Shroff, had reiterated the importance of multiple-hero films. Until a few years ago, this kind of film was rare in the industry. Many didn’t feel that it was a practical idea as the actors themselves were apprehensive. They feared that the other actor would steal the thunder or get a larger screen time. Rohit Shetty reportedly shelved the remake of Ram Lakhan for this very reason. 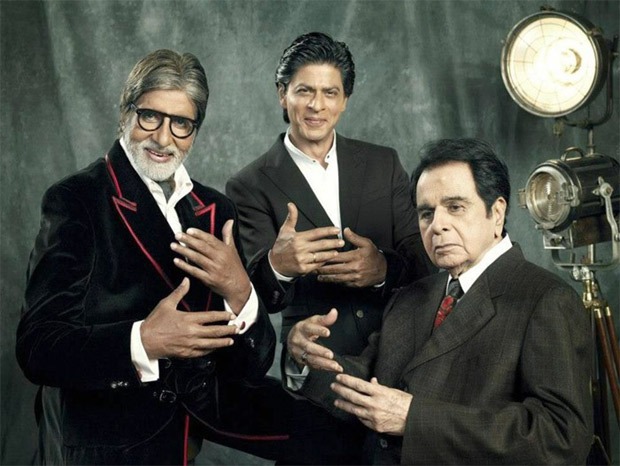 However, after War earned Rs. 300 crore plus, it opened the eyes of the industry. Yash Raj Films (YRF), which produced War, is currently also making Pathan, which sees Shah Rukh Khan along with John Abraham, besides Deepika Padukone. Their next outing, Tiger 3, will see the face-off between Salman Khan and Emraan Hashmi. In fact, the casting coup has already made it one of the biggest films of 2022.

As the legendary actor Dilip Kumar passed away today, we are reminded of a grand ensemble film that could have been a historic blockbuster had it been made. But sadly, it never went beyond the planning stage. We are talking of Motherland, a war film that Subhash Ghai wanted to execute. He had decided to cast three superstars of different generations together – Dilip Kumar, Amitabh Bachchan and Shah Rukh Khan!

The project was supposed to go on floors in 2003, after Ghai had made Yaadein (2001), starring Hrithik Roshan and Kareena Kapoor. Subhash Ghai had signed or at least got the actors to agree to the film. The script was ready and he had also locked the music. For the female lead, he desired to cast Aishwarya Rai Bachchan, Preity Zinta and Mahima Chaudhry.

So what went wrong? According to Subhash Ghai’s quote from a 2017 report, he revealed that it was Shah Rukh Khan who opted out. Ghai said that Shah Rukh Khan at that point felt that the film had too many characters and that he wanted to do a solo hero film. After Shah Rukh Khan walked out, the project fell off and it got shelved forever.

For the cover of a Filmfare issue in 2011, the three stalwarts – Dilip Kumar, Amitabh Bachchan and Shah Rukh Khan – had come together. Just seeing them in a frame gave goosebumps to fans. Imagine how it would have been to witness them on the big screen!

Also Read: "Whenever the history of Indian cinema will be written, it'll always be before Dilip Kumar and after him” – Amitabh Bachchan