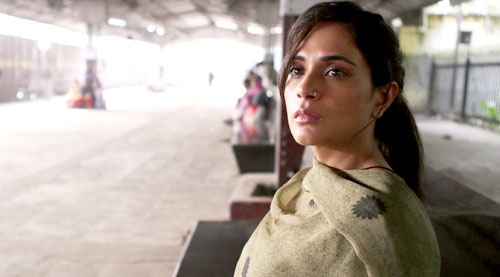 Masaan is up for release next Friday and Richa Chadda is suitably excited about its prospects. After winning awards and acclaim in the recently held Cannes Film Festival, the film is eyeing an Indian and international exposure for itself. While it is a known fact that the film is an Indo-French collaboration, what hasn't been told is that despite the film's desi setting, Richa actually went ahead and watched quite a few French films to study nuances of acting in the international arena.

"To prepare for her part in the film, she watched some notable French movies, including Three Colors: Blue and Rust and Bone," informs our source, "Though the plotline of these films as well as the characters in there have nothing to do with the ambience, milieu and setting of Masaan, Richa felt that there was a lot to learn from such acclaimed international cinema."

All of this meant a movie marathon as she ended up watching as good as a dozen off films in a matter of one week, before hitting the locations of Banaras. Another film that left a major impression on Richa was Iranian drama, A Separation.

"That's correct. My referencing was purely research driven. I watched over 10 films within a week. It may sound crazy but I like to take my work very seriously," chuckles Richa, "I have been lucky to be getting characters that others are afraid to be seen in."

With hardcore commercial entertainers such as Karan Johar, Varun Dhawan and Sonam Kapoor taking to social media and hailing Richa for her act, guess an international exposure has helped the Gangs of Wasseypur woman indeed.

Women in Film and Television release the…