Actor Rhea Chakraborty has had a rough year ever since the demise of actor Sushant Singh Rajput, whom she was dating. after Sushant's demise, Rhea was accused by the late actors' family in an abetment to suicide case. Rhea was subsequently questioned by the Central Bureau of Investigation, the Enforcement Directorate, and even the Narcotics Control Bureau. She was even sent to judicial custody for a month by charges imposed by the NCB. 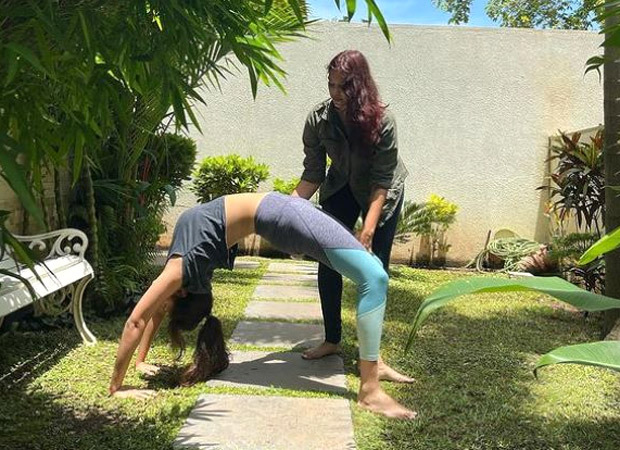 After releasing from custody, Rhea has been slowly getting back to her life. She has been occasionally posting on social media as well. On Tuesday, Rhea shared a picture of herself healing while doing yoga. In the picture, the actor is doing chakrasana (wheel pose) with the help of her yoga guru Samiksha Shetty. “HEALING #yogaforlife #chakrasana P.S- I’m lucky to have my best friend as my Yoga Guru @samikshashetty_,” Rhea captioned the post.

Of recent, Rhea has been sharing glimpses from her life on social media. From inspirational words to giving a peek into her life, Rhea has been returning to her normal life slowly. On the work front, she will next be seen in the film Chehre which also stars Amitabh Bachchan and Emraan Hashmi.

ALSO READ: “We are not exposing Rhea Chakraborty to the media yet” says Chehre director Rumi Jaffrey