Actor Sushant Singh Rajput passed away on June 14, 2020, and left the entire nation in deep grief. The actor had a massive fan following and was very much loved by the people for his kind nature. On Wednesday that is 21st January 2021, the day marked the 36th birth anniversary of the actor. On his birth anniversary, his fans, family and friends are mourning the irreplaceable loss. 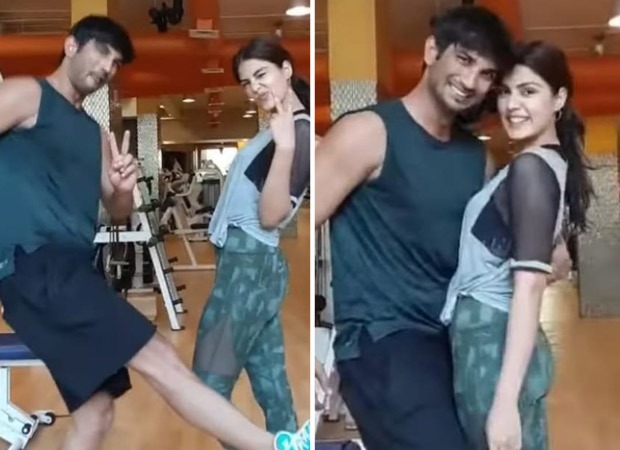 Sushant's girlfriend Rhea Chakraborty too remembered her late boyfriend and dedicated a special post to him. Taking to Instagram, Rhea shared a throwback video with Sushant where they both can be seen hilariously goofing around the gym. Sushant was in all smiles as he tried to flex his leg muscles. Later, he gave Rhea a side hug. Both of them could be seen flashing the victory sign for the camera.

Rhea set the video to Pink Floyd's 'Wish You Were Here'. Sharing the video, Rhea in the caption wrote, "Miss you so much" along with a heart emoji. Apart from that, she also took to her Instagram Story section and shared a photo of her sitting on his lap and left a heart emoji with it.

ALSO READ:Sushant Singh Rajput’s sister says ‘no movie on SSR should be made’; reveals he wanted to do his own biopic