This is the story of 1994—a significant year in terms of its connection with 2019, which is a full 25 years later! 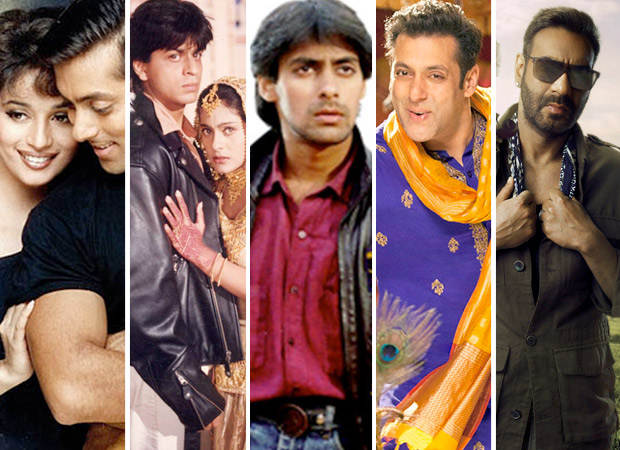 To begin with, the biggest hit of the year was Hum Aapke Hain Koun!..., the second consecutive Rajshri Productions offering to rank as the biggest hit of an entire decade, after Maine Pyar Kiya topped the 1980s. Hum Aapke… topped the 1990s, though Dilwale Dulhania Le Jayenge was quite close after it released in the following year, with Aankhen in the previous year coming in third place.

HAHK, as it came to be known, was released in limited theatres and then the word spread—a tried-and-tested Rajshri device. It ran for 150 weeks and crossed the MPK level, because when it released, its lead pair Salman Khan and Madhuri Dixit were well-entrenched as top stars, unlike newbies Salman and Bhagyashree earlier. The story was also meatier.

Today, Rajshri is still a respected banner whenever in-house whizkid and HAHK director Sooraj R. Barjatya makes a film with Salman Khan, and after their Prem Ratan Dhan Payo (2015), the duo are expected to collaborate again next year.

25 years down, Salman Khan is Hindi cinema’s unquestioned biggest star, and leading lady Madhuri Dixit-Nene has also scored a hit in Total Dhamaal. There is no professional trace of composer Raamlaxman, who scored the mega-musical, though, despite many songs achieving cult status.

The second biggest hit of the year had been Krantiveer. Nana Patekar has been absolved of his #MeToo allegations today, while co-star Mamta Kulkarni is under a legal cloud and producer-director Mehul Kumar too went through a legal case and is not active any more. Leading man Atul Agnihotri has just produced the magnum opus Bharat after a journey as a director and later producer (Bodyguard).

Mohra, which occupied the third slot, was directed by Rajiv Rai, who is planning a comeback this year 15 years after his last film and dud, Asambhav. Composer Viju Shah had a career-breakthrough with the film and his chartbuster ‘Tip Tip Barsa Pani’ will be re-created now in Sooryavanshi. The new film also stars Akshay Kumar from the Mohra cast, and like Salman, Akshay has taken a further leap in status since. The musical thriller’s biggest chartbuster, ‘Tu Cheez Badi Hai Mast Mast,’ has since been re-created in the 2017 flop Machine. 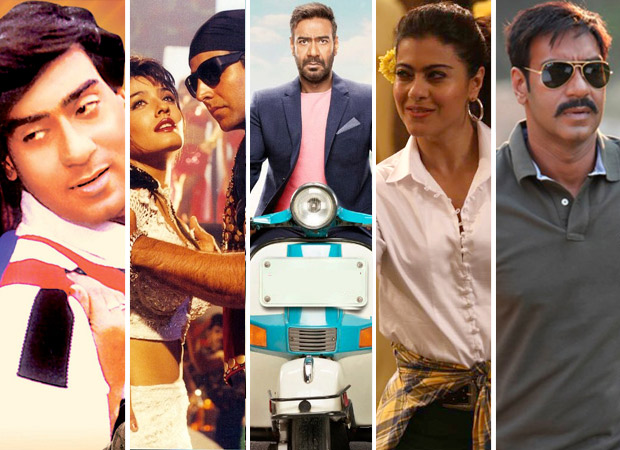 Anand Bakshi, the lyricist of these two cult numbers, passed away in 2002, but continues to lead the re-creation list among lyricists.

Kavita Krishnamurthi and Udit Narayan, who had taken over the Numero Uno slot with this song (and others, including Kavita’s hits in 1942—A Love Story) record songs very rarely now, but remain, among their contemporaries, as the best-preserved voices even now. Udit Narayan has just sung the fairly popular ‘Geographia’ in the latest release, Super 30.

Dilwale was the next big hit, and Suniel Shetty and Raveena Tandon (Thadani) now do very select films in middle-aged roles. Suniel did his first gray role in Mohra and has, of late, done roles more as antagonist. Raveena, who broke through after being termed a jinx with these two films, prefers restricted work.

Ajay Devgn, who led the cast of Dilwale as well as Vijaypath, is again among the topmost names of today and has evolved both as star and actor. This year, he has excelled in both Total Dhamaal and De De Pyaar De. The latter film also featured Tabu, who shot to fame as his heroine in the hit 1994 actioner. She too continues to do choice films, and DDPD has been among her finest roles since she turned picky.

Ajay and Akshay joined forces for the action hit Suhaag, in which a young man named Rohit Shetty assisted director Kuku Kohli. As of 2019, Rohit is Hindi cinema’s most successful director, has given two magnificent franchises with Ajay in Golmaal and Singham besides other hits, and has completed most of Sooryavanshi, his first film with Askhay in the lead, in which Ajay is likely to do a cameo as Singham!

Raja Babu was a Govinda-David Dhawan hit, their fifth success together (after Taaqatwar, Swarg, Shola Aur Shabnam and Aankhen) and established them as a formidable box-office team. David has got a new lease of life today by reinventing his life with son Varun Dhawan, now a frontrunner actor. 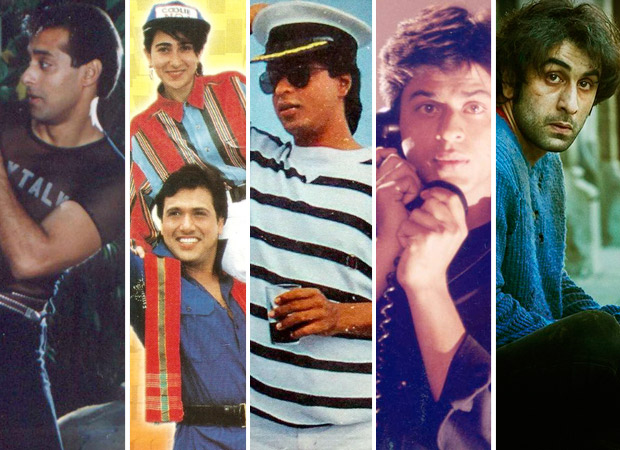 After remaking his 1997 Judwaa last, David is now remaking his sixth film with Govinda, Coolie No.1 (1995), as Coolie with Varun again. Needless to say, both new movies have only retained the cores of the originals. Govinda, however, does not pull in a significant audience—his 2019 release Rangeela Raja is one of this year’s foremost duds.

Shah Rukh Khan had a tepid year with Kabhi Haan Kabhi Naa and Anjaam, the latter completeing his trilogy of negative leads after 1993’s blockbusters Baazigar and Darr. Today, Shah Rukh is facing a crisis in his career and is trying to reestablish his credentials as a star even as he continues to improve as an actor. In 2019, he has produced one of the most successful films without starring in it—Badla.

Sanjay Gupta, who began his career in 1994 with Aatish, a crime drama that was a modest success but has now acquired cult status, is still at it, making ensemble-cast dark and stylized thrillers, like his recently announced a new underworld saga with John Abraham, Emraan Hashmi, Suniel Shetty and Jackie Shroff.

1942—A Love Story was produced and directed by Vidhu Vinod Chopra and happened to have the best music of the year. But less than three months before its release, its composer R.D. Burman passed away. Its songs continue to make waves, though lyricist Javed Akhtar is not as popular anymore, and neither is main male singer Kumar Sanu. Manisha Koirala, who played Anil Kapoor’s love, has since worked in Vidhu’s 2018 blockbuster Sanju as a mother.

Anil Kapoor, too, has played daughter Sonam Kapoor’s father in this year’s Ek Ladki Ko Dekha Toh Aisa Laga, a film whose title was inspired by the classic from the earlier film, reuniting with his 1942… (and Parinda) producer.

The delayed flop, Insaniyat, is remarkable only the fact that the late Nutan, who headed its cast, was the grandmother of Pranutan Bahl, who was the leading lady of this year’s Notebook, and Chunky Panday, who was one of the leads, is the father of this year’s hotshot discovery, Ananya Panday, in another flop, Student Of The Year 2.

And last but not the least, Rajkumar Santoshi, director of Andaz Apna Apna, which flopped then despite being top-lined by Aamir Khan and Salman Khan but later became an evergreen favourite, has just started working on another comedy, BadBoy, which introduces Mithun Chakraborty’s younger son Namashi as hero.