Hansal it's been a long journey for you. Did you expect Scam 1992 to become such a rage?
We knew we were making something special, something with a lot of courage and conviction. But what happened after it released has been overwhelming and very gratifying. We took risks, we believed in our story, we lived our characters, and we inhabited their worlds and gave a lot of ourselves to make this show. Its success feels like a vindication and I am only grateful for that. You tell me it’s been a long journey but I see it as a new journey - a ride that has just begun. 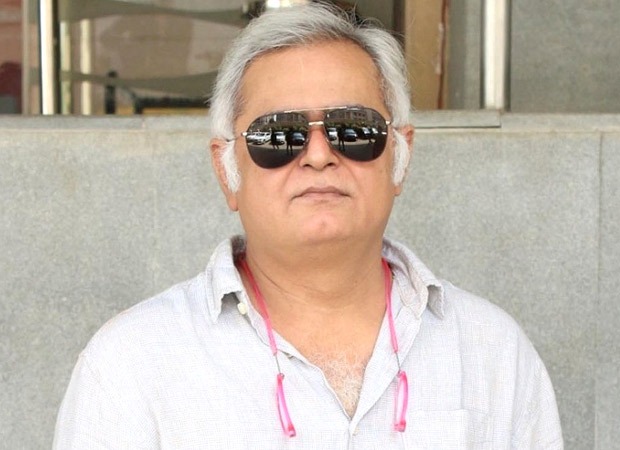 How do you explain its popularity?
Popularity is never pre-decided and cannot be planned. We took some audacious decisions, we broke rules, presented some old tropes in a fresh manner, disrupted the entire demographic based, millennial driven marketing spiel and above all the characters, the storytelling, the writing and the story resonated with the people. But that’s all in hindsight. Truth is there is no explanation. Whether it was Khana Khazana or Scam 1992 I think we simply found a connection with the people. It’s amazing how many people from all over the country have binge watched the show and how widely it is discussed. It’s like a dream.

I believe Sameer Nair of Applause Entertainment played a big hand in getting Scam on the track?
Credit must be given to the producers, particularly Sameer Nair of Applause Entertainment, for backing all the choices and encouraging the risks we took. Without Sameer’s support things would have perhaps been different. He is one of the smartest minds around. I believe he has a keen understanding of stories with a lot of respect for the storyteller. He is a risk taker. Ultimately Risk hai to Ishq hai!

Pratik Gandhi is now a household name. Is he the new Rajkummar Rao in your cinema?
I see his popularity with the same pride as I see the strides Rajkummar has made since we made Shahid or the incredible success achieved by Sanjeev Kapoor after Khana Khazana. To see talent being given its fair due in an unfair world makes me feel like a proud parent. I just hope he backs his talent with the best of all the choices being offered to him. And I hope out of those choices he chooses to work with me again! He is a fine, fine actor, good friend and a very mature human being.

We see a profusion of biopics in your oeuvre. What fascinated you about men as disparate as Ahmed Omar Saeed Sheikh and Professor Ramchandra Siras?
I see myself as somebody who is chronicling our times through the lives of ordinary people and their extraordinary stories. I think most of the stories I’ve told whether it is fictional tales like Dil Pe Mat Le Yaar or Citylights, or films based on real people or events are both cautionary tales and a record of the times we’ve lived in. These stories are necessary as I feel every new establishment modifies and co-opts history to eventually give later generations a completely distorted version of the past.

Why make a film on the most wanted terrorist on Omerta? Isn’t it giving him more publicity?
Above all I am fascinated by characters, the world they inhabit, the social structure they represent and/or resist, their everyday existences, their flaws, their goodness, their traits, their internal process and all that goes into building their characterizations. All my films have been about phenomenal characters that have been well written and then beautifully interpreted by the actors that have played them. Even more than stories I enjoy the challenge posed by every new character I chose to represent and explore through my work.

The OTT platform has got you unprecedented fame. Do you think it is here to stay? Has the OTT replaced the movie theatre?
I think so. And I hope so. We need every avenue that allows storytellers the freedom to tell stories and depict new characters. I welcome any new medium that does not depend on the absolutely reductionist calculations of box-office - these calculations eventually encourage mediocrity and legitimize formula. So yes OTT must stay. As must the cinema experience. They must co-exist by challenging each other. For the sake of stories. And for the sake of storytellers.