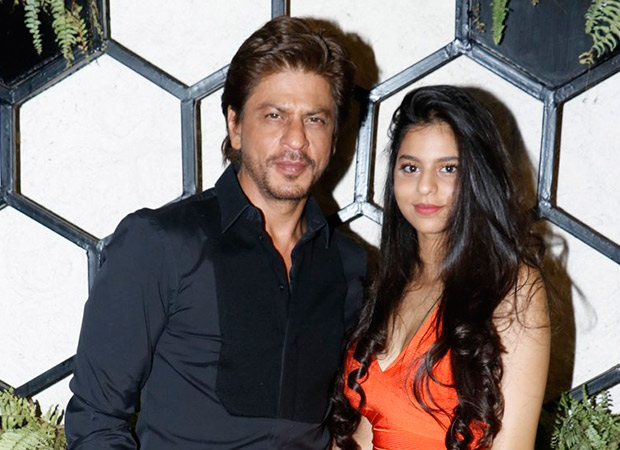 Being a doting father, we have seen superstar Shah Rukh Khan proudly talk about his children and their dreams. It comes as no surprise that his little daughter, who is now a teenager, has grown up with Bollywood dreams and is aspiring to face the camera soon. While her dad is quite adamant about her completing her graduation before she gets into the grind, she is now getting accustomed to the business of films by accompanying Shah Rukh Khan to various shoots.

Doing the same recently, Suhana Khan joined Shah Rukh Khan when they were shooting for his forthcoming film Jab Harry Met Sejal and it was during this time when the actor revealed about one of his habits that often leaves her quite irritated. It so happened that they were filming a Punjabi song for the film and Shah Rukh ended up giving 10 takes.

Talking about the incident, Shah Rukh Khan mentioned that he was trying to do this one step in the song perfect and although Imtiaz Ali (the director of the film) was fine with the shot, Shah Rukh insisted on the takes because he wasn’t satisfied. So he further persisted on giving more takes because he felt he could do better. However, when Suhana saw the entire song, she realized that her father ended up giving so many takes for a step that hardly occupies three seconds of the song.

Elaborating on his habit, Shah Rukh Khan confessed that he sometimes gets obsessed with doing things when he feels he is not doing it right and this habit of his often annoys his children.

While Shah Rukh Khan is undoubtedly the Baadshah Khan of Bollywood, his daughter Suhana has a massive fan following on social media. Besides her usual hangouts and chilling sessions with friends, she recently made news when she attended the screening of the Salman Khan starrer Tubelight that released last week.