Bollywood actress Raveena Tandon on Thursday uploaded a photo of Prime Minister Narendra Modi’s condolence letter for her filmmaker father Ravi Tandon, who departed in the second week of this month. 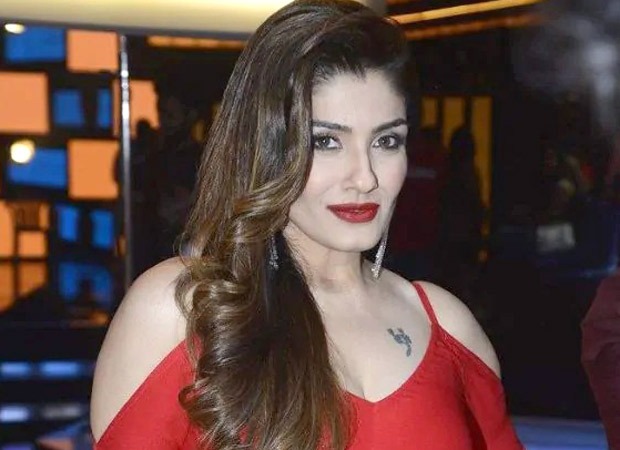 The late filmmaker-producer, best known for directing Amitabh Bachchan’s Khuddar and Rishi Kapoor-Neetu Kapoor’s Khel Khel Mein, died on February 11 due to respiratory failure at his residence at age of 87.

In the letter, the prime minister offered his condolences to the family and said he was saddened by Ravi Tandon’s demise. Praising his style of making films and his eye for detail, Modi wrote, “Ravi Tandon Ji enriched Indian cinema with his skills. He understood the nuances of filmmaking. He made several memorable films. His death is an irreparable loss for the art world.” 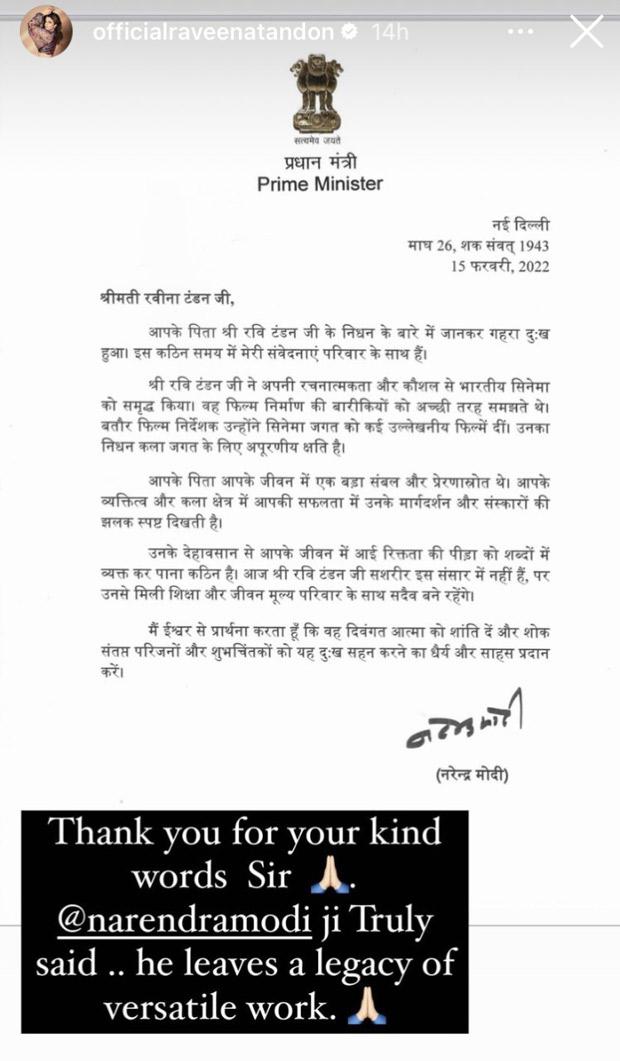 Raveena Tandon expressed gratitude towards the prime minister and wrote, “Thank you for your kind words Sir. @narendramodi ji Truly said .. he leaves a legacy of versatile work.” In another tweet, the Aranyak actor shared old photos of her father and thanked everyone for their love and support.

Today being Papa’s terhvin” the 13 day,they say,this is the day when the soul finally leaves all attachments and rests in his heavenly abode.I thank all of you for the outpouring of love for him and support for us.A gentleman director.He was and is,truly Loved. pic.twitter.com/rub5FpfUnH

“Today being Papa’s tehravi” the 13 day, they say, is the day when the soul finally leaves all attachments and rests in his heavenly abode. I thank all of you for the outpouring of love for him and support for us. A gentleman director. He was and is truly loved,” she said.

Meanwhile, on the work front, Raveena Tandon was last seen in Aranyak on Netflix. She will next star in KGF: Chapter 2.

Also Read: Raveena Tandon gets back to work after dad Ravi Tandon’s demise