Bollywood actor Ranveer Singh turns a year older today and social media is flooded with wishes for the superstar. Kriti Sanon took to Instagram to wish the superstar a happy birthday while also unveiling a still from her upcoming film Mimi. 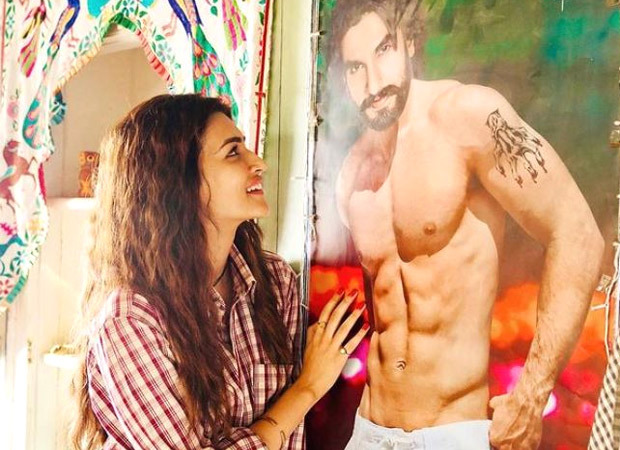 Kriti shared a picture in which she can be seen adorably looking at a poster of a shirtless Ranveer Singh. Kriti, herself, can be seen dressed in a red and white shirt and has left her hair open. Sharing the still, Kriti wrote, "Dear Ranveer Singh,You are Mimi’s FAVOURITE!
And Mine too. Wish you a very happy birthday!! @ranveersingh. From Mimi & Me #HappyBirthdayRanveerSingh#Mimi".

Mimi is Kriti's first woman-centric film where she plays the role of a surrogate mother. While the film is ready, the makers have been waiting for theatres to reopen for the longest time. A while ago, Kriti had revealed on Instagram that the release of the film has been decided but the makers are waiting for the right time to announce. Reportedly, the film will be seeing a direct-to-digital release on Disney+Hotstar.

ALSO READ: EXCLUSIVE: “These are different genres and so I as an actor will get to show range” -Kriti Sanon on her upcoming projects