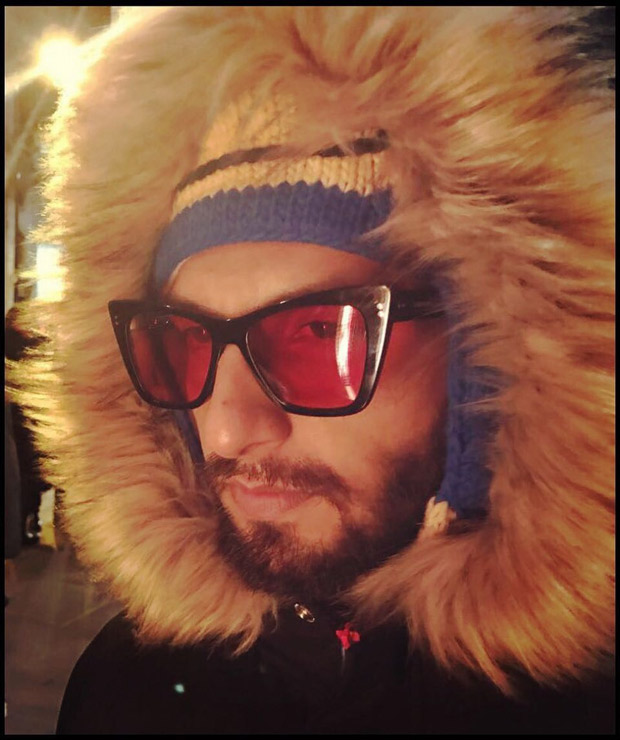 Ranveer Singh loves to give a sneak peek of his life and interact with his fans on social media. The superstar, who continues to await his only release of the year Padmavati, has taken off to London. While he was recently spotted putting up a rather energetic performance at Zee Cine Awards, he has now been sharing about his London shenanigans on Instagram.

Talking about his latest trip to the Queen’s city, Ranveer Singh has been sharing a few pictures which also includes one from the Prodigy’s music concert that he recently attended. Besides that, he has now grabbed the attention with this picture of him wearing this furry hoodie.

Owing to the climate, the actor has been sporting a lot of winter clothes but expect Ranveer to experiment with some quirky fashion and you will be never disappointed. Yet again, the actor has managed to attract fashion critics with his unique sense of woolies and we wonder if he is setting up a new trend of style for men.

On the film front, Ranveer Singh will be seen as Alauddin Khilji in Padmavati which will mark his first role as antagonist. Although the release of the film has been postponed, the new release date is yet to be announced. Besides this, the actor will be seen in Zoya Akhtar’s Gully Boy and Rohit Shetty’s Simmba.