Ranveer Singh on Sunday enthralled the crowd at a Navratri celebration organised in Mumbai. The actor attended the Marathi Dandiya, held at Shaheed Bhagat Singh ground in Lalbaug and organised by BJP MLA Mihir Kotecha. 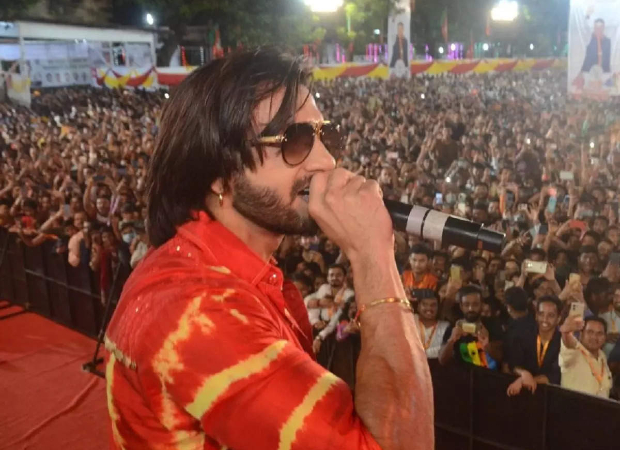 The crowd chanted his name as the actor was seen enjoying the festival with Garba and Dandiya. The actor made his entry at event on a Goliyon ki Rasleela - Ram Leela song and said “Har Har Mahadev, Jai Shivaji” as the crowd cheered. He also grooved to 'Malhari' from Bajirao Mastani and 'Apna Time Gully' from Gully Boy. The celebration was a mix of Maharastrian and Gujarati style Navratri.

Ranveer Singh took to his Instagram to share a glimpse from this magnanimous event red and yellow hearts and lightning emojis. His fans not only cheered him at the event but also expressed their ecstasy on his on social media while commenting on his post calling him a ‘superstar’ and the video as ‘wholesome’.

Several actors including Hrithik Roshan, Sanjana Sanghi among others have visited Navratri grounds across the city.

On the work front, Ranveer Singh was last seen on the screen in Jayeshbhai Jordaar. He will be next seen in Karan Johar's upcoming directorial Rocky Aur Rani Ki Prem Kahani alongside Alia Bhatt, Dharmendra, Jaya Bachchan and Shabana Azmi. His next big screen release is Rohit Shetty's Cirkus dropping in theatres on December 23, 2022.

ALSO READ: Ranveer Singh hints at doing a movie with Deepika Padukone soon; says, “There is a sweet surprise for everyone”