Netflix series Tiger King: Murder, Mayhem, and Madness has been the talk of the town ever since it premiered in March on the streaming giant. The series has also had a lot of moments that have become the most meme-worthy content on the internet. 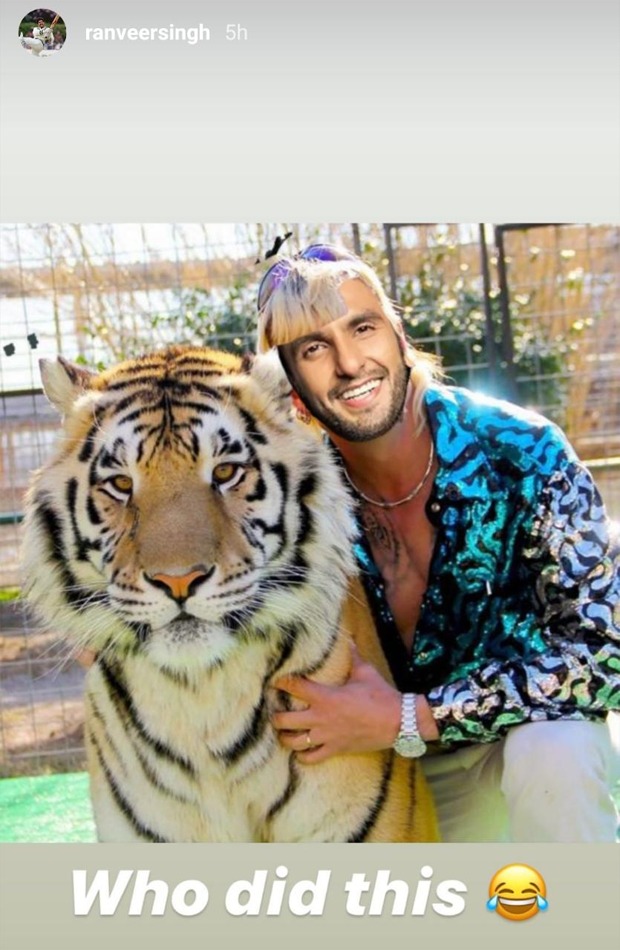 Ranveer Singh is one of them who has become part of the meme squad. He shared a photo of himself morphed into How Exotic's photo. He captioned it, "who did this?" with laughter emoji.

Penned and directed by Eric Goode and Rebecca Chaiklin, the intriguing series gives a peek into the life of Maldonado-Passage aka Joe Exotic.

Coming back to Ranveer Singh, the actor is set to star as Kapil Dev in Kabir Khan's 83. The film has been postponed and will now release in June on the day when India won the world in 1983.