The seventh season of Koffee with Karan will begin streaming on Disney+Hotstar on July 7. The stars of the entertainment world will join Karan Johar on the couch in the next episodes to discuss amusing and fascinating events from their professional and personal life. On Saturday, the Koffee With Karan 7 trailer was made released which revealed that Ranveer Singh will be accompanied on the show by Alia Bhatt, who will be seen alongside him in Rocky Aur Rani Ki Prem Kahani. The duo is definitely going to bring fire to the show, but before that it is Ranveer's outfit on the show that's stealing some limelight 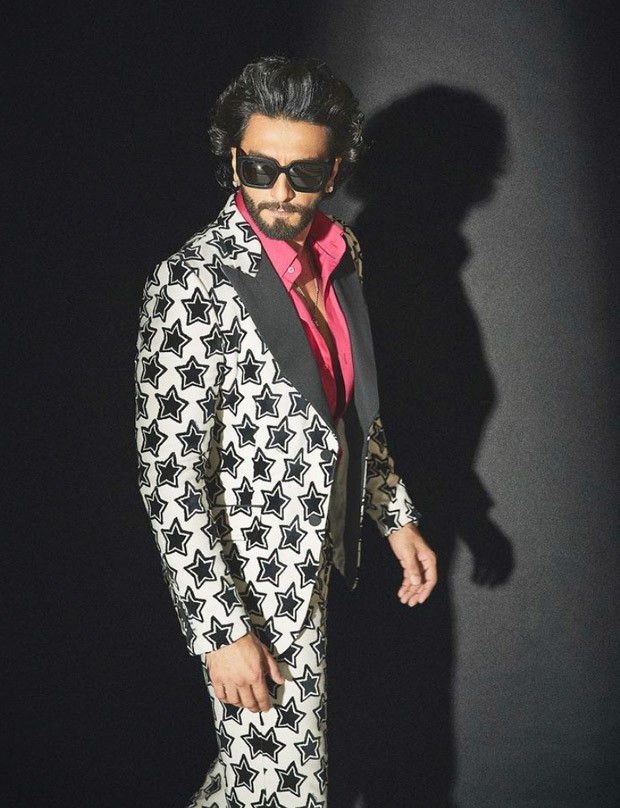 Ranveer Singh uploaded pictures of his appearance on the show to Instagram. He was dressed in a white blazer with a notch lapel that was adorned with a black star pattern on white background. It also has an open front, patch pockets, long sleeves, and padded shoulders. Ranveer wore the jacket with matching high-waisted pants that had black star patterns and a straight-fit silhouette. The star paired black and white outfit with a pink open-front collared shirt to offer some colour. He also left the top buttons undone so that you could see his chiselled torso. His clothing is from the Gucci. 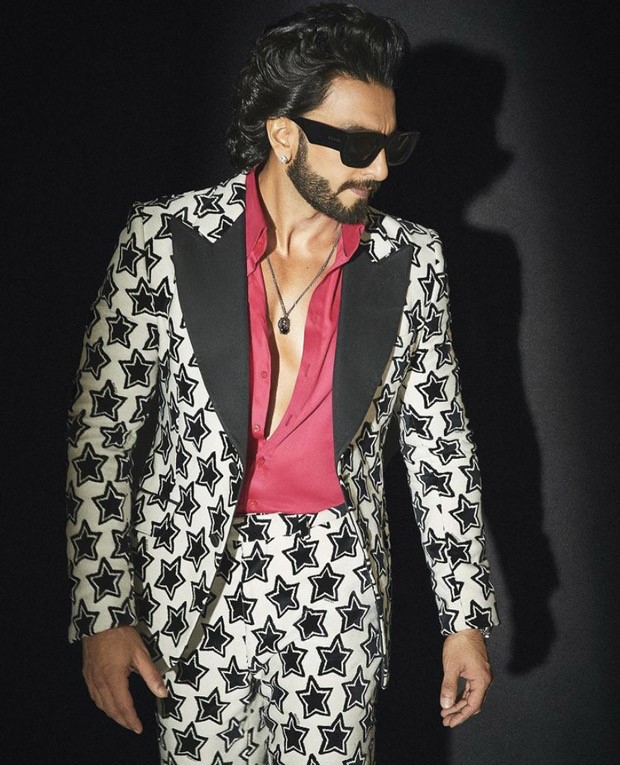 Meanwhile, on the work front, Ranveer Singh will be next seen in Cirkus alongside Jacqueline Fernandez and Pooja Hegde. He will also star in Rocky aur Rani ki prem  Kahani alongside Alia Bhatt. 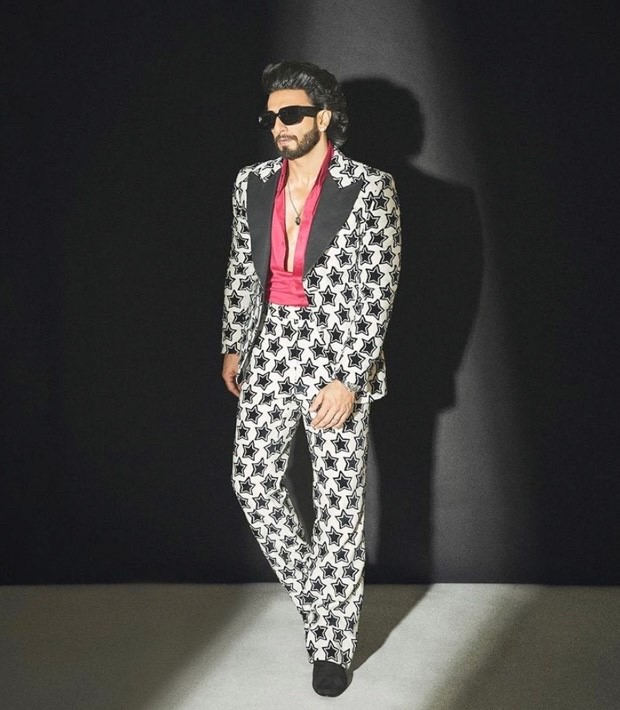