After treating the audience with the high on energy song ‘Apna Time Aayega’, the makers of Gully Boy have now unveiled the second song ‘Mere Gully Mein’. The song features Ranveer Singh and Siddhant Chaturvedi rapping on the streets of Mumbai. The song is sung by Ranveer Singh, Divine & Naezy and is composed by Divine, Naezy & Sez on the beat. 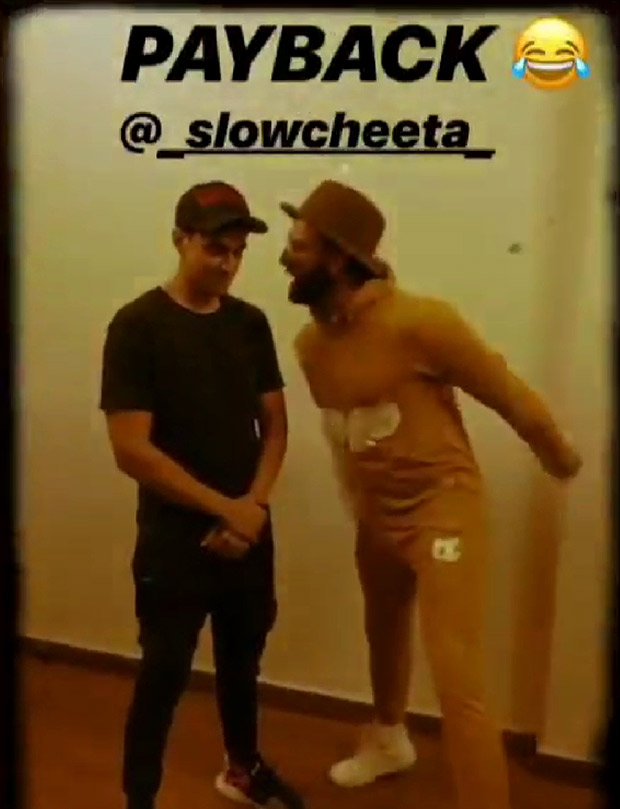 A day ago, Ranveer Singh kept his fans entertained as he went live on Instagram and rapped his latest track 'Mere Gully Mein' from Gully Boy. Rapping his verse like a professional, Ranveer kept his fans entertained. Not only that, he went off on rapper Slow Cheeta aka Chaitnya Sharma in a video which captioned as 'Payback'. During the rap battle in the trailer, one of the rappers destroys an amateur Ranveer Singh's character in freestyle rap. Taking the revenge, Ranveer shared the hilarious video.

Directed by Zoya Akhtar, Gully Boy is produced by Ritesh Sidhwani and Farhan Akhtar under the banner of Excel Entertainment in association with Tiger Baby and this film on the underground rap movement in India is slated to release on February 14, 2019.

Also Read: “Rap used to naturally excite me!” Ranveer Singh on his chart-busting success as a hip-hop artist in Gully Boy