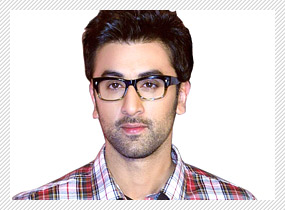 An announcement has been made and that too in as unpretentious manner as possible. With Ranbir Kapoor's Bombay Velvet being announced for Christmas 2014 release, it would now be for the first time ever in seven years that a film featuring the young superstar would be the first one to take the much cherished slot even as the Big 5 hold on to their plans.


"Since 2007, it is the three Khans or Akshay Kumar who have brought a film of theirs during Christmas. While Aamir has enjoyed maximum number of releases (four), Akshay has had two of his films arrive in Christmas while Salman and Shah Rukh have laid their claim once each. In fact such is the kind of supremacy that these superstars have enjoyed that no other major actor has even announced his plans for this major holiday release, let aside enforcing a clash. However, with Ranbir being seen as the numero uno superstar in the making, the Christmas arrival of Bombay Velvet is a clear signal," comments an insider.


As a matter of fact, even Ajay Devgn and Hrithik Roshan have not yet brought their films on Christmas though former has enjoyed a fixed date with Diwali for many years now.


"Of course these are early days," says a filmmaker, "Announcement of Bombay Velvet gives a further push to Ranbir's rising stardom as many would now stand up and notice how the film proceeds towards the finishing line. We are talking about a release which is still over year and a half away and that too when not even a single frame has been shot."


Moreover, with the slate of Big 5 is yet to clear up for the coming year and it would hardly be surprising if one of them actually announces his film's release for Christmas next year, hence challenging Ranbir's film.


"Exactly," says a trade guru, "Aamir is very particular about Christmas and he may have a plan up his sleeves. On the other hand, Akshay has 3-4 films of his releasing every year. You never know if December 25 catches his fancy as well. Also, if suddenly Salman stands up and announces Dabangg 3 for Christmas 2014, all other plans could well go for a toss."


However, as things today, the very fact that Ranbir's film has seen an early announcement like this pretty much establishes the fact that the actor is fast marching his way into the topmost league and sooner or later would indeed find himself placed amongst the elite.