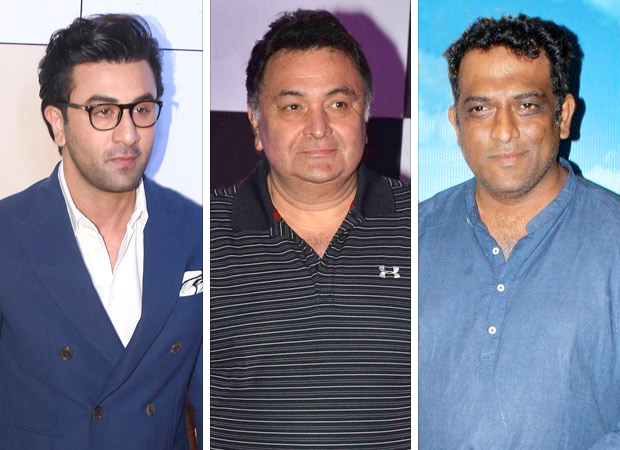 After four years, Ranbir Kapoor and Katrina Kaif starrer Jagga Jasoos finally made it to the big screen last month. The Anurag Basu directed musical drama was highly awaited but did not do well at the box office.

Post the film's failure, veteran actor Rishi Kapoor lashed out on director Anurag Basu and music composer Pritam Chakraborty for being responsible for the debacle of his son Ranbir’s maiden production. When the film did not perform well, Rishi went on a Twitter rant against Anurag Basu and Pritam and called both of them irresponsible.

But, it does not look like Ranbir Kapoor agrees with Rishi Kapoor but he does understand why he lashed out. At the trailer launch of Sanjay Dutt's Bhoomi on Thursday, Ranbir Kapoor was asked whether it was fair on his father’s part to lash out on the director and music composer. To this, Ranbir said, "My father is a very emotional man. Whatever he said was to protect me in some way. I don’t necessarily agree with what he said.”

Ranbir Kapoor further added that while Jagga Jasoos did not perform well at the box office, he does not consider it a flop. “Jagga Jasoos is something that we worked for three and a half years. We all were aware of what we were doing. Sometimes you succeed sometimes you fail. But I don’t look at it as a failure; I look at it as a learning. It gave me a lot. The experience of working with Anurag Basu and everyone was very good. I can’t answer for somebody else but I don’t necessarily agree with everything," Ranbir added.

On the work front, Ranbir Kapoor is currently shooting for Sanjay Dutt biopic which is being helmed by Rajkumar Hirani. The film stars Dia Mirza, Vicky Kaushal, Sonam Kapoor, Anushka Sharma among others. It is slated for 2018 release.