Sahejmeen Kaur made her Bollywood debut with Raksha Bandhan. She is currently awaiting some new opportunities. She played the role of Akshay Kumar’s sister and made her mark with her tomboyish attitude in the Aanand L. Rai family drama. Recently, in an exclusive interview with Bollywood Hungama, Sahejmeen gave the audience a sneak peek into her personal life along with reliving memories of her debut. 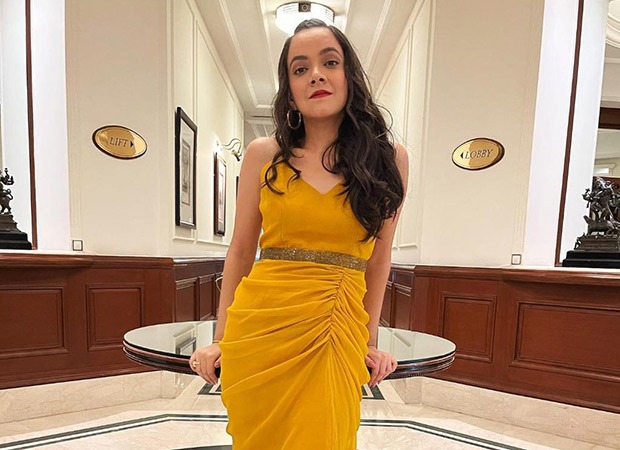 Working with superstars in her debut film was not something that Sahejmeen Kaur expected. Yet, the actress believes that she has created some unbreakable bonds. Describing her relationship with star Bhumi Pednekar, she said, “Bhumi Pednekar is very close to my heart and she is extremely understanding. Also, my (onscreen) sisters are my forever friends.” She recalled how the experience of shooting was so much. “It was like we were celebrating our lives. I felt like it's a festival filled with colors, happiness, good food, and mithais,” she described.

Speaking about her debut experience, the actress also reminisced about the extensive prep she had to undergo for the same. From cutting nails to attending improv (improvisation) sessions to be spontaneous, the actress had to undergo some major transformations for her role. “There are some similarities with my on-screen but mostly we are different people. We are both from Delhi so I didn’t need to work on my accent, both of us are expressive and we don’t have any filters. However, the difference was that I had to cut my hair short to play Saraswati else Sahej had long hair since forever. Saraswati made sure that her nails were not long. Sahej likes long-painted nails. Also, both of us walk very differently.”

Now that she is in the industry, Sahejmeen also discussed her dream films. “I really want to do a film as a protagonist one day and the whole movie running on my shoulders. I would love to play Madhubala Ji and Smita Patil ji in their respective biographies. It would be a great honor for me. Also, I want to share screen with SRK,” she shared. She also spoke about her love for South films adding, “I love south cinema. Last I watched the movie RRR and I must say S.S. Rajamouli Sir is a genius. Jr NTR and Ram Charan were amazing. I loved their bromance. The entire cast did brilliant work. I would love to work with Dhanush.”

The actress also confessed that she is quite an OTT lover. “OTT is a great platform. Now we can stream content made globally like Korean cinema, and Italian cinema. Also, OTT is creating more opportunities for young talents. I love streaming content on OTT. I love to see web shows and my favourite picks are Killing Eve, Fleabag, Delhi Crime, Paatal Lok,” she concluded.