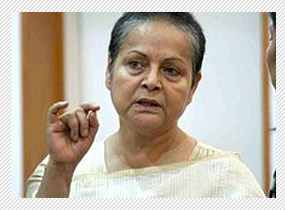 Believe it or not, Rakhee Gulzar spent weeks learning how to play the Sitar from the maestro Pandit Ravi Shankar himself.


It was for her role of the unfulfilled housewife in Aparna Sen's Paroma.


Recalling the glorious time she had strumming those magical strings under the guidance of the master Sitarist, Rakhee says, "There were scenes in Paroma where my character was shown to be playing the Sitar. Neither Aparna nor I wanted to fake it. Pandit Ravi Shankar was requested to give me Sitar lessons."


What was meant to be just surface-level tips on rudimentary rules of managing the instrument turned out to be full-fledged lessons in Sitar-playing.


Recalls Rakheeji, "Initially I was afraid the strings would cut my fingers. But once I started practicing on the Sitar all my fears evaporated. Panditji first taught me how to hold the Sitar properly before playing it. Then when we got down to the strings I realized Panditji's strings on the Sitar were positioned exactly in the opposite way to Ustad Vilayat Khan's Sitar. Having gotten a hand of the strings, Panditji composed a dhun for me to play on the Sitar. He hummed it out for me instead of playing it on the Sitar."


The veteran actress hums the tune that Pandit Ravi Shankar composed for the Sitar.


"After I learnt the dhun I began to learn to play it on the Sitar. Finally I looked convincing playing the instrument. Panditji was a lovely teacher. He was soft spoken and patient. He would often stop midway during our lessons for a paan and then continue."


The Sitar lessons took place in Mumbai. Then the Sitar was transported to Kolkata for the shooting.


After that Rakheeji never returned to the instrument. "I brought my Sitar back to Mumbai. It was kept safely in my home. At least I thought it was safe. But one day my daughter Bosky (Meghna Gulzar) broke its base. That was the end of my tryst with the Sitar. But I got a lot of praise from even the fastidious Bengali community for how I played the Sitar in Paroma. The credit goes to Pandit Ravi Shankar."