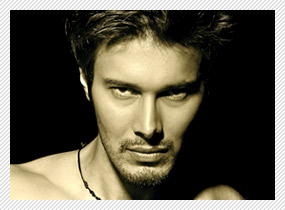 Rajniesh Duggal the winner of Khatron Ke Khiladi: Fear Factor discusses what it felt like to win on the show with Subhash K Jha.

Thank you. I watched the finale with my family in Delhi. I only told my parents and brother in advance that I had won. The rest of the family didn't know. Yes, the competition was stiff from Gurmeet Chowdhary, Salman Yusuff Khan and even Nikitin Dheer. Nikitin has a degree in Mixed Martial Arts. But I had gone determined to win. And I gave a hundred percent of myself. My athletic and competitive background, and the fact that my mom's family comprises army-men, really helped me to go all the way to the win.


You have an athletic background?

Yes, right from school. When I was Standard 7, I was learning to drive a car in Bhatinda. I've done some crazy stuff. I have been training in Taekwondo regularly. But I haven't entered any contest for a long time. It took me a few days to enter into the spirit of Fear Factor. I played cautiously to begin with because the stunts were not of the ordinary routine kind. I saved up all my energy and power for later when the stunts got tougher. I think my gambit paid off (laughs).

Cape Town is the city of crazy weather. Sometimes sunny, then windy. When we were shooting the finale, it was raining heavily.

Towards the end I was face to face with Nikitin, Gurmeet, Debina Bonnerjee and Salman Yusuff Khan. Any of us could've won. They were all amazing. So was I, if I may so myself.

It is alleged that the host Rohit Shetty favoured his protege Nikitin Dheer?

Not true at all. We were all there together for all the stunts. Rohit sir was very fair and not at all partial to anyone.

It is alleged that two different finales were shot, one with you as the winner and the other with Nikitin as the winner?

No, we shot only one finale. In Cape Town we shot only until the stunts ended. After that Rohit Sir announced that the winner would be announced in Mumbai. The suspense for Nikitin and me was killing. We knew Gurmeet had won third place.

Do you see the victory on Fear Factor as a career boost?

Yes, it does feel good. The trophy does matter. This contest has liberated me. That hesitation in doing daredevil stunts is gone. Now I feel I can do anything. The journey on Fear Factor has been very fulfilling. I've made some good friends.

Who are the close friends you made on the show?

Nikitin and Salman became really close friends. If Salman's stunt during the semi-finals had gone well he too would've stood a good chance of winning. We three were known as the backseat boys in Cape Town.

When we travelled from our hotel to the location all three of us would sit in the back and trouble every one. We wouldn't let anyone be in peace.

Do you intend to keep connected with Nikitin and Salman?

For sure. We plan to celebrate.