The latest episode of The Kapil Sharma Show will feature the cast of Hum Do Hamare Do, Rajkummar Rao and Kriti Sanon. While the two will be seen promoting their film, they also engaged in some fun banter with host Kapil Sharma. In fact, Rajkummar managed to elicit a roar of laughter as he poked fun at Kapil Sharma while talking about the latter’s sense of family planning. 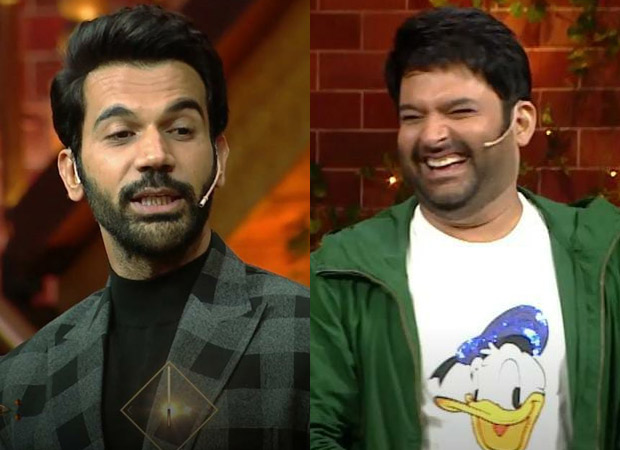 In the episode, Kapil Sharma couldn't help but laugh as Rajkummar Rao poked fun at his family planning. It started with Kapil asking the duo whether their film was inspired from his life, to which Rao quickly commented, “Aapke life se? What is the meaning of life, bharosa? Agle saal, hum do hamare teen ho jaaye, phir uske baad hum do hamare chaar ho jaaye (What assurance do you have? You could have three children next year, and four the year after that)." The remark made Kapil and Archana Puran Singh laugh.

Besides this, Rajkummar Rao and Kriti Sanon are also seen displaying their dance skills. In a promo for the episode shared by Sony Entertainment Television Rajkummar and Kriti are seen dancing on stage.