Last Updated 28.09.2020 | 5:57 PM IST
feedback language
follow us on
Home » News » Bollywood Features News » Bollywood News Rajkumar Hirani is the first A-lister from Bollywood to be called out, industry remains largely silent. Here is what the outspoken few have to say…

Has the #MeToo movement finally claimed a hotshot in the entertainment industry? Calling out Rajkumar Hirani in the Me Too movement is a radical step-up in the naming and shaming endeavour. The monstrously successful creator of the Munnabhai series has silenced all his fans and friends in the film industry, all of whom are understandably loath to comment. 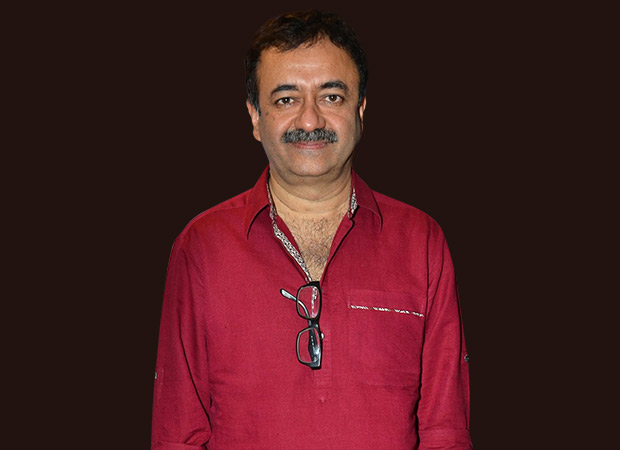 One of the rare voices that spoke up on being contacted was that of writer Apurva Asrani. He said, “I choose to believe the young lady as it takes much courage to speak up against such a powerful filmmaker and then risk being boycotted by the film industry. I think the producers did the right thing by removing Mr Hirani's name from the Ek Ladki Ko Dekha Toh Aaisa Laga posters and promos. This is something the Phantom producers had failed to do after allegations against Vikas Bahl came to light.”

Actress Dia Mirza who is a close friend of Hirani reacts with stupefied confusion. “I am deeply distressed by this news. As someone who has known and respects Raju Sir for 15 years, I can only hope that a due official enquiry is conducted. He is one of the most decent human beings I have ever worked with and I think it would be grossly unjust on my part to speak on this as I do not know the details.”

Adds filmmaker Hansal Mehta, “It is disturbing. I hope the truth prevails and due process is followed to ensure a quick and just resolution.”

Writer-director Vinta Nanda, who has named Alok Nath as her alleged rapist, is extremely vocal on the allegations against Rajkumar Hirani. She says, “Despite having faced what I have personally, it’s hard to believe it. That’s what’s strange about how we’re conditioned by our feudal cultures. However it’s no secret that patriarchy after so many decades of industrialisation, which led to women having to join workforce’s across the world, is still too deeply entrenched in our social breeding. It’s no secret that multitudes of men and women in India lead dual lives, one what is required at home and within the family and the other that is required for them to be at work. Therefore it’s very hard to understand what’s going on in a person’s head and it’s very easy to hide the negative manifestations of power behaviours within the binary.”

Vinta wonders how safe the workplace is for a vulnerable woman. “My father had advised me long ago when I started working, that I should always choose a boss according to how liberal his wife is because that is how respecting he will also be towards me. Unfortunately I lost my father when I was still too young and when you’re left unprotected from a man whose got your back; you become prey to these very virtuous vultures (sic!). I reach out to this young girl. I trust her. I understand her and I feel the fear she has been made to face. I’ve been through the part in trying to be normal so that I could hold on to my work and so that I didn’t have to surrender to the destruction of my credibility that the powerful predator would have resorted to if I’d voiced what I’d gone through so I know what this young girl has gone through as well.”

Vinta Nanda takes pot shots at Hirani’s 2018 blockbuster Sanju, the Sanjay Dutt bio-pic which portrays Sanjay Dutt as a benign philanderer. “When you create a film that glorifies a person who is brazen about being laid by as many women as whose names begin from the letters A to Z, there is every possibility that your motivations too can go wrong.”

Speaking on the deathly silence in the film industry Vinta comments, “The industry is frightened. There are skeletons hoarded in many cupboards out here and there’s no land left for them to be buried. This silence is what we call Sanatta in Hindi. Everyone is speechless. They don’t know what to say. They don’t know who they should protect, the predators who are their dear friends or the survivors who need their support.”

Vinta sees this as a moment of reckoning for the Indian entertainment industry. “This is a huge calling for the industry. It’s time to wake up and smell the coffee and do what is right because you can’t veil the truth any longer. It’s also a moment in which the industry needs to introspect. It needs to come out of it’s we are family mode, where anything that happens remains within the family. It’s time for the industry to use this opportunity to become professional across the board. I would be bold enough to add that we should protect all survivors and help them heal but we should forgive all predators and perpetrators who harassed, assaulted and violated them before the #MeToo movement happened. From here onwards we should be strict, unforgiving and punishing to anybody who dares to misbehave.”

Also Read: “I want to very strongly state that this is a false, malicious and mischievous story” – Rajkumar Hirani DENIES sexual harassment allegations