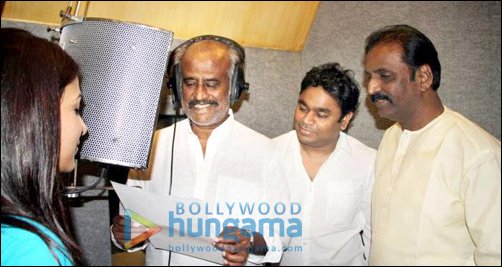 It was almost two decades ago, when we last heard superstar Rajinikanth croon the song 'Adikuthu Kuluru'

in his voice for the Tamil film Mannan. Well, the megastar's fans will be overjoyed to know that Rajini will

now be heard singing in his upcoming film Kochadaiyaan.

Rajini has already recorded the song composed by A R Rahman and penned by the veteran lyricist Vairamuthu.

"I will never be able to repay that debt":…