After immense anticipation, the makers release the trailer of Salman Khan starrer action entertainer Race 3. Showcasing a feud amongst the family, the trailer takes forward the dark and intense franchise of Race. Dwelling upon betrayal yet again, Race 3 trailer instates rivalry amongst the family saying you don't need enemies when you have a family. 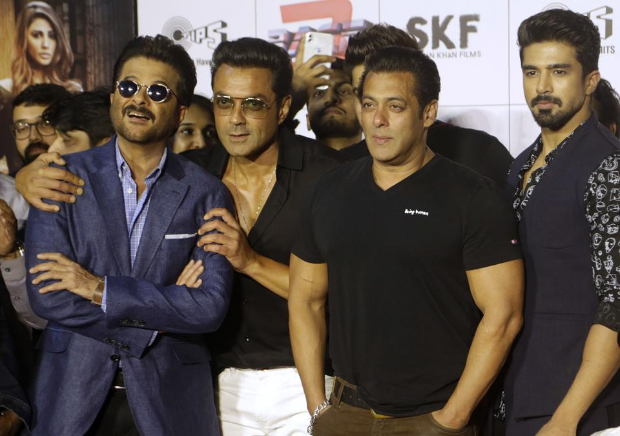 At the trailer launch on May 15th evening, Salman Khan answered many questions during the media interaction. Race franchise was a successful one with two installments headlined by Saif Ali Khan. While some franchise lovers were little disappointed about Saif not returning, many were excited as Salman was back in action mode. When asked about how Salman came on board for the action entertainer during the trailer launch, he said, "Race 3 script was offered to me two years ago but I didn't think I fit in the genre of Race. I asked Ramesh Taurani to make some changes. Once that was done, I thought it would actually be a lot of fun to do this film."

Salman Khan further talked about how Remo D'souza became a part of the film as the director. The actor said, "I was doing another film with Remo, Jacqueline and Daisy. When I asked Remo if he would like to direct Race 3, he said if the entire team moves to Race 3, then he will." 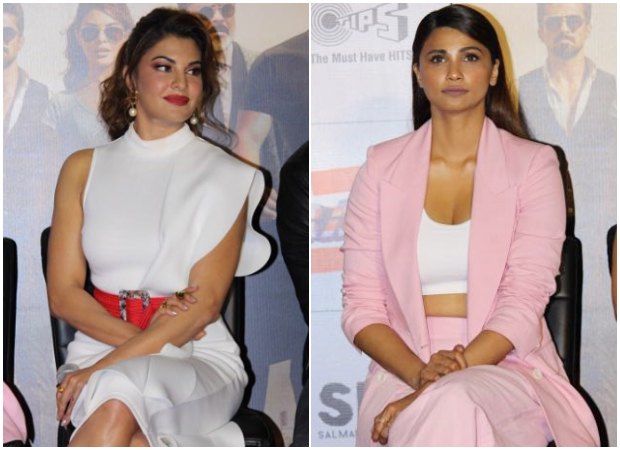 Salman Khan and Jacqueline Fernandez, who created waves with their last outing Kick, are all set to spread their charm in one of the most anticipated films of the year. There has been immense anticipation amongst the audience to witness the duo on screen again. When asked about returning to the film after Race 2, Jacqueline responded, "Doing Kick with Salman was the turning point of my career. I owe everything to Salman. It is a dream to work with Salman. He is an amazing person. I'm glad to work with him again."

Jacqueline did Judwaa 2, is starring in Race 3 and has signed on for Kick 2. When called as the sequel queen, she said, "It's amazing to see a franchise get better and better and grow along with it." She further talked about what to expect from the film. "I have a huge cat-fight with Daisy in the film and I didn't know if I'd come alive out of it!" she added.

Salman even made an interesting statement on the family angle in Race 3. Taking the credit for the change in the franchise, he said, "I haven't seen Race 1 and 2, but I was aware of the format. So I changed the third one a bit and added a little Hum Aapke Hain Koun to it".

Saqib Saleem also talked about joining the mega-franchise. "I was in Class 12 when the first Race released. I reached the hall early so sat in the front row — only to realize that it was the climax of the previous show. Then I spent the entire time figuring out how the film will reach that climax. I am glad to be a part of it now," he added.

With Race 3, Bobby Deol is making his comeback and how. In the trailer, one can see the actor has undergone immense physical transformation and is completed ripped. Speaking about his major comeback, he thanked Salman and said, "I am glad Salman spotted me right when I began getting focused in life."

Besides Jacqueline Fernandez, Anil Kapoor is the only actor who is returning to the franchise. But, he is not playing the role of Robert D'costa. The producer Ramesh Taurani clarified about Anil Kapoor's role and said, "Anil does not play Robert D'costa in this film. His character is completely different".

Lastly, Remo D'souza talked about directing an action entertainer with an ensemble cast like this. Remo said, "I've done twists and turns on the dance floor. In Race 3, I had to do it on the screen, as part of a thriller".

From the trailer, one can see the family aspect in the film. Heading the Race, Salman Khan as Sikander aces the game with his action. Anil Kapoor as Shamsher showcases the most experience and power in the trailer. Jacqueline packs a punch with her action avatar. Daisy Shah and Saqib Saleem portray the insecure siblings caught in the jealousy towards Salman Khan. Bobby Deol touted as the main man is seen as an aide to Salman Khan throughout the trailer, raising our interests in his character.

Starring Salman Khan, Jacqueline Fernandez, Anil Kapoor, Bobby Deol, Saqib Saleem and Daisy Shah, Race 3 is undoubtedly one of the most awaited films. Produced by Salman Khan Films and Ramesh Taurani under the banner of Tips Films, it is directed by Remo D'souza and will hit theatres on Eid, June 15, 2018.