Last Updated 01.12.2022 | 11:23 PM IST
feedback language
follow us on
Bollywood Hungama » News » Bollywood Features News » Under the Queen’s Umbrella Trailer: Kim Hye Soo makes sacrifices in order to make one of her sons the next king of Joseon in period drama

South Korean actress Kim Hye Soo returns to the small screen as a royal queen in tvN’s new historical drama series Under the Queen’s Umbrella. Following the release of several posters and the first look, the series’ makers unveiled the first trailer on Tuesday. The series will simultaneously air on Netflix as well. 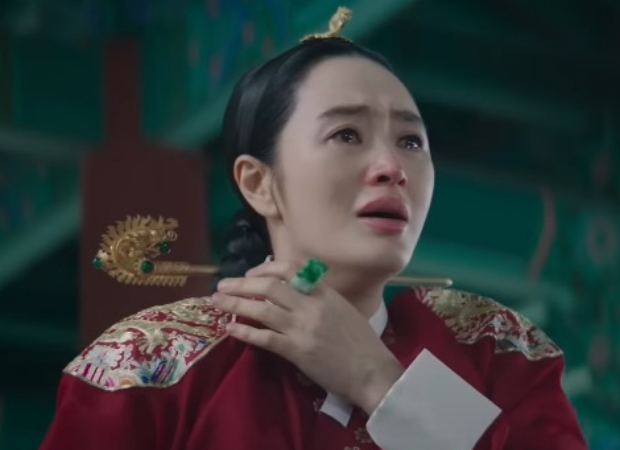 Under the Queen’s Umbrella Trailer: Kim Hye Soo makes sacrifices in order to make one of her sons the next king of Joseon in period drama

The trailer sees a spirited queen who tries to rein in her rowdy sons in order to make one of them the next king of Joseon, while her competitors vie to snatch the throne. The Korean title of the series, pronounced “syurup,” is an old Korean word for umbrella. The series is a fusion of historical fiction and black comedy.

As per KoreaJoongAng Daily, the series is set during the Joseon Dynasty (1392-1910). It follows “the narrative around Queen Hwa Ryeong and how she is willing to sacrifice everything — including her royal dignity — to ensure that her troublemaking princes get the education they need. Kim portrays the queen as a strong-minded and autonomous character who is willing to take on anything for the well-being of her offspring.”

On September 1, makers shared two new posters featuring Kim Hye Soo as queen Im Hwa Ryung, the mother of the troublemaker princes and the wife of a great king. In the first poster, Im Hwa Ryung and her young son are facing each other in the heavy rainfall where Im Hwa Ryung covers her son with an umbrella while she gets soaked by the heavy rain.

Under the Queen’s Umbrella is set to premiere this October 15, 2022 on tvN and Netflix.